"The game has no political view, no agenda or no affiliation with any party or group." 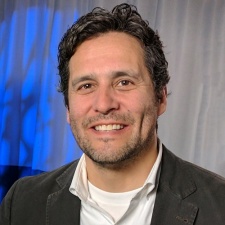 Chad Lee is the CEO of React Games - best known for the Presidents Run series.

This week, we spoke to React Games CEO Chad Lee surrounding the development and re-launch of endless runner Presidents Run, alongside how the studio looks to take the politics out of the experience.

PocketGamer.biz: Can you start off by telling us about Presidents Run?

Chad Lee: Sure, Presidents Run is an endless runner that uses presidential figures from around the world as the characters. As you run, you collect votes and that mileage is added to the global poll (character’s leaderboard). So you really show your support to a candidate in a real way by how much you run.

You know you have something special when the team stays up all night for weeks to finish a project.

Presidents Run was developed in 2011, right before the 2012 US presidential elections. We
had two weeks between "paying" projects, so the team created the beginnings of the game.

At first, it was a generic endless runner, so we decided to implement US presidents as runners as well as including some innovative features, like accumulating all of the mileage for a global poll that ran up until election day.

What started out as a two-week project, turned into a few months because we really loved how the game was turning out. We only had a few people working on it at one time but it eventually involved the whole studio - approximately 12 of us. The core team was made up of a few engineers and several artists.

The design aspect was the biggest challenge for us. At that time we were basically a service company working for clients, so they generally had their games designed at least at a high level.

Presidents Run was 100 per cent for us, from design to the final product. Monetisation fell into that challenge category to as we didn’t have a good handle on IAP, analytics, and more. Come to think of it, this was in 2011 so nobody really knew anything about free-to-play mechanics, even the big companies.

For me, as an owner, it was after the two week period. We had a good beginning which was fun and I could see the potential. I could have either stopped or let the team keep going. I saw the passion they had for the game, so we kept going.

The team worked really hard and at odd hours throughout the day. Some of which were staying at the studio all hours of the night to keep things moving. You know you have something special when the team stays up all night for weeks to finish a project.

We launched over March and April 2012, so we had a great runway before the elections. It paid off because we got featured on the App Store and had a ton of organic downloads. People really liked it with a 4.7 star rating at the time.

This year we launched in late September, so the word never really got out. Despite that, we still enjoy a really high rating and we’re proud of how the game has evolved.

How balanced is the game in the way it portrays each candidate?

Our tenet or driving sentence for the game is "Have fun with the characters, not make fun of them.” We are impartial and kept that as a driving force throughout the art and design. We created the art from the view of an avid supporter, characterising them in a way that was cheerful, not denigrating.

This world has enough criticism, hate and division, so what better way to bring people together than with a fun game.

A critic from some people is that games and politics should be separate, how do you approach someone like this with Presidents Run?

I’ve been asked this a lot and tell people that the game has no political view, no agenda or no affiliation with any party or group. We treat each one with the respect that they’re due and want all supporters to have fun with their candidate. This world has enough criticism, hate and division, so what better way to bring people together than with a fun game.

Surprisingly, it’s achieved an older audience with mostly those that are politically motivated. I found my older relatives constantly playing the game (Aged 65 plus.) Overall, it seems to be split between 18 to 35-year-olds and 55 to 70-year-olds.

Thankfully, it hasn’t really affected us as a studio much. In late 2018, we started experimenting with distributed teams (off-site mixed with on-site) before most of the team started working from home in 2019. So with this, we put all the necessary technology into place to facilitate that type of team. As a result, when Covid-19 hit, we already possessed months of experience of working from home.

We do miss the face-to-face encounters, lunches and our Friday barbecues, which we've had every Friday since 2009 come rain or snow. But it’s a new era of development and we’re ready for that.

We’re curious to see how the game fairs now that the US presidential election has ended. Some people believe it will fall away to nothing but I think it still has some relevance. It’s a fun game and we’re going to be updating it every once in a while. The last time in 2012 we simply let it go without any updates for years.

How are you approaching live ops? What can you tell us about your plans in terms of
updates?

We’re looking at the data and adjusting to what we see. Any updates planned are looking to take world leaders into account more, now that the US elections are over. Challenges are planned too, with further boosts, shoes, levels and characters.

Since I’m working with IKIN (publisher of Presidents Run), I cannot release any specifics. However, I can say that the game is on par or a little better than this genre of game as far as conversion rate and spending etcetera.

React Games has been going for 12 years now (wow, miracle!) and we’ve done projects for almost all the platforms and consoles, but we’re now focused exclusively on mobile Projects as that’s what we know best. We have several original titles in the works which are
simple, fun and social.

US video game console and mobile tariff delayed until December