"I will always remember the nice email we got from Nintendo" 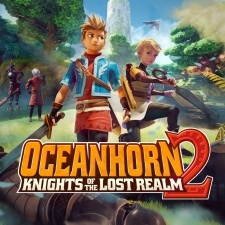 One of the many great things about media is that it can sometimes take on a second life. A film's premiere is vitally important to the project overall, but physical media sales and streaming rights can sometimes save it from the brink. A song can be distributed to little or no fanfare whatsoever, yet by appearing in the right piece of content at the right time, it can reignite an entire band's career.

The same applies to the world of video games, as many developers launch their product on one specific market, only to find better success on another much further down the line. One of these, in particular, refers to the porting of games to the Nintendo Switch, which has increasingly seen rapid rewards reaped for those that make the journey.

With all that in mind, welcome to our new Switching It Up series, where on a semi-regular basis, we will be interview developers and publishers about the rigorous process of porting games from mobile, competitor consoles or otherwise, to the Switch ecosystem.

To kick things off, we spoke with Cornfox & Bros. co-founder and creative director Heikki Repo about the porting of the firstly Apple Arcade exclusive Oceanhorn 2: Knights of the Lost Realm to the Nintendo Switch.

PocketGamer.biz: Why did you initially decide to give Oceanhorn 2: Knights of the Lost Realm a Switch port?

Heikki Repo: Oceanhorn: Monster of Uncharted Seas was initially released on iOS but it became a multi-platform title as the years went by. When we started the development of Oceanhorn 2: Knights of the Lost Realm, we were prepared to port the title on various platforms.

Without any warning, Remedy's Control, No More Heroes and the Hyrule Warriors: Age of Calamity demo released.

As we released the Nintendo Switch version of Monster of Uncharted Seas back in 2017 and it became the second best-selling platform for the title, we prioritised the Switch port of Oceanhorn 2.

Were any other platforms considered alongside Switch?

So far, Oceanhorn 2 has been released on iOS/iPadOs, Mac, AppleTV and Switch, so technically the game has four ports already! The title was planned as a multi-platform release from the beginning and there are surprises in store for other platforms.

How did the partnership and platform agreement come about with Nintendo? Walk us through the steps.

Back when we released the first Oceanhorn on iOS, Nintendo contacted us to release the title on Wii U. At the time, we couldn't work on that port, but fast forward two years and in 2017 we released Oceanhorn: Monster of Uncharted Seas as one of the first indie-games for Nintendo Switch. We were part of the "Nindies" back when they were released on one per-week schedule (good times!).

This was an excellent platform for us, and that's why we looked at Nintendo Switch as the first platform to port Oceanhorn 2 onto after Apple Arcade. Before Covid-19 hit, we were going to gaming events. Early on, as we started porting the game, we booked appointments with Nintendo to show the game, and their reactions were very encouraging.

There were some technical challenges as the hardware is starting to be a few years old, while iOS devices refresh every year, but nothing we could not manage in the long run. I think the most significant challenges were on the publishing side. As we moved forward, communication became more difficult as the pandemic hit with full-force.

Also, Nintendo Switch became extremely popular and the eShop became so crowded that it didn't help an indie company like ours. The release week was full of excellent Switch releases and on the same day, without any warning, Remedy's Control, No More Heroes and the Hyrule Warriors: Age of Calamity demo released.

Oceanhorn clearly takes inspiration from The Legend of Zelda series, did Nintendo comment on this?

Oceanhorn takes inspiration from Zelda, yet from many other games. I will always remember the nice email we got from Nintendo as we released Oceanhorn: Monsters of Uncharted Seas, welcoming our IP to their platform. I think Nintendo knows that the game fits well with the kind of games favoured by their audience.

These days there are plenty of big and small titles taking inspiration from Zelda - Immortals Fenyx Rising being the latest one, and I think it is terrific. When we started with Oceanhorn: Monsters of Uncharted Seas, the belief that drove us forward was that these adventure games were almost a forgotten genre! It is hard to imagine that now, with great releases coming left and right.

We treat mobile devices like game consoles and believe the same console-quality experience can be achieved on mobile.

We had to consider many elements affecting gameplay stemming from the fact that iOS devices are mobile devices, such as game length, game-saving interval, ease of access. I think all these elements help to play the game in handheld mode. But the game was always designed for the big screen as well, so I guess Switch was a perfect fit.

Can you describe the key differences between creating games for mobile and for Nintendo Switch?

We are hardly a typical mobile game developer. We treat mobile devices like game consoles and believe the same console-quality experience can be achieved on mobile. We design our games to be enjoyed both on the big screen and on a handheld. We learned our lessons with Oceanhorn: Monsters of Uncharted Seas, which started out as a purely mobile game.

In that project, we had to go through a painstaking process to prepare the Steam and console releases. For example, this process included up-rezzing the art and reviewing the experience on a big screen with a far wider field-of-view. It's a lot of work.

Has the Switch ecosystem diversified or built your audience/player base in a positive way?

I think releasing on console gives Oceanhorn 2: Knights of the Lost Realm some credibility. It shouldn't be this way, the title is just as good an experience on mobile as it is on Switch, but there is still this mindset where real games are released on console, which I disagree with. Still, with the console release, we'll reach a new audience who usually doesn't play games on their smartphones.

Would you say launching on the Nintendo Switch has been a success so far?

The reception from users has been excellent and most get what we are trying to achieve with the series. Oceanhorn 2 competed for publicity in the storefront against some heavy hitters, but the game was still a success, and we were able to make our porting costs back within days.

The studio has just launched Oceanhorn: Chronos Dungeon on Apple Arcade, what can we expect from the Oceanhorn series in the future?

Ever since we released the first game, we've been contacted by people saying that they played the game with their kids or couples who played the game together. This inspired us to think about what kind of co-op experience we would like to make and base it on the Oceanhorn universe. What we ended up making is a spin-off called Oceanhorn: Chronos Dungeon, a casual dungeon crawler for one to four players.

The game was planned from the idea that you can play through the full campaign in one night, and if you can't spare the whole night, you can just play through one floor. No single playthrough is the same because levels and other variables in the game make the experience fresh each time.

If the game is successful, we might turn these multiplayer "Chronos" spin-off games into their own series! Other than that, we are full of ideas for the next Oceanhorn titles. There is so much left to tell and timeline to cover before this well runs dry.