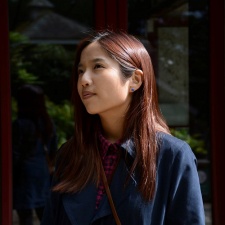 This week, we spoke to Marmalade Game Studio UI/UX designer Mathilda Ho about their surprise career move into games, and why the government plays an important role in improving diversity.

Mathilda Ho: Hello everyone, I’m Mathilda, a UI/UX designer at Marmalade Game Studio. Outside work, I am also a 2D animator, currently helping out a bunch of friends from Jolly Good Games on their new mobile game.

How could you not like working with people who are always talking games and sharing random memes?

It was a beautiful accident! Since I was small my dream was to become an animator. After graduating I landed my dream job and worked as a 3D animator in a visual effects company making TV ads and films. Unfortunately, the number of creative constraints in the world of VFX wasn‘t something I enjoyed, so after a few years, I decided to try something new.

I had no idea what to do until I saw a role for a game artist near my home. I thought gaming is probably one of the few industries that’s more open-minded, flexible and requires an animators’ skills. It didn’t take long for me to fall in love with game development. How could you not like working with people who are always talking games and sharing random memes?

For me, getting into games was pure chance, but I think being open-minded and willing to adapt is key. Gaming is an ever-changing industry; the best tool this year could easily be overtaken next year.

I find subscribing to game news channels/blogs are helpful to keep up with the latest trends. UI/UX is a relatively new field in games, so I recommend a book called The Design of Everyday Things, written by cognitive scientist Don Norman. To understand the basics of animation theories, the Animator’s Survival Kit by Richard Williams has been considered as the "Bible".

I first studied a diploma in Multimedia Design and then a degree in Digital Media at the School of Design, Hong Kong Polytechnic University. The diploma was a two-year “taster” course which introduced us to a huge variety of design fields (film, animation, graphic design, UX, photography, etcetera).

The degree programme centred on non-interactive content creation with a focus on video production and animation. Although these courses are not entirely related to games, they introduced me to design thinking and the basic techniques of creative production, which is all applicable to games.

First of all, I want to give a shout out to my current employer Marmalade Game Studio, they hired me during the pandemic and despite not being able to meet face to face, I feel respected and welcomed to the family. Compared to Hong Kong I think London does diversity well, here I’m working with a lot more people of different races and nationalities.

I think the government plays an important role in improving diversity. For example, it has never been easy for international talents to obtain a work visa in the UK - and now we’re seeing the impact of Brexit on Europeans. Creative industries rely heavily on freelancers and contractors, and without a more welcoming work scheme we’re missing out on a lot of international talent.

Creative industries rely heavily on freelancers and contractors, and without a more welcoming work scheme we’re missing out on a lot of international talent.

As a UI/UX designer at Marmalade Game Studio, the biggest challenge for me was to balance monetisation features and game UX, especially for free-to play-models. Undoubtedly every industry needs to make money, and designing a financially sustainable product that could be enjoyed for free is all about marketing psychology. This is a whole new world for me.

Seeing a familiar face, someone I could relate to encouraged me when I first started. I think everybody needs a voice to speak for them before they can do it for themselves - especially in a new environment. As minorities, we need to be even more proactive at supporting and sharing thoughts with each other.

Don’t judge a book by its cover. Not all people from Hong Kong are good at maths and know KungFu (I wish I did though).

It could be difficult for non-native English speakers to present themselves fluently. Their job experiences abroad could also be hard to directly compare as well. If recruiters spared a few more moments to listen and talk to them, more talented people of colour would have the chance to join our creative force.

I haven't witnessed many changes because of the Covid-19 lockdown, but in my opinion, the games industry has always been quite outspoken in supporting diversity. Since the BLM campaign, I am seeing even more support on social networks, which is a good sign.

In east Asia, most of us were brought up being more “conservative“. We’re less likely to step out of our comfort zones and make changes. This is a young industry that requires a lot of new energy to grow, if you’re looking at getting into games, just loosen up and have fun!

Also, looking different doesn’t stop you from being awesome, just be yourself, work hard and your ability will be celebrated.

POC in Mobile: Fellow Traveller's Des Gayle on what's changed in the games industry and what hasn't

Updated: Marmalade to shut down game development platform to focus on making games