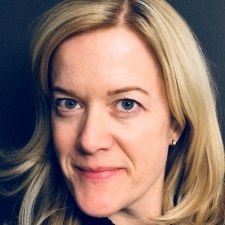 As part of International Women's Day - taking place on March 8th, 2021 - PocketGamer.biz is spotlighting a number of talented women from the games industry under our Jobs in Games series, throughout the week.

Each profile will bring about a certain set of expertise, a different background, and a wealth of knowledge for women looking to join the industry or possibly find a new role within. Most importantly, there will be some key information on how to get started, what common challenges you could face, and why more needs to be done to help push female diversity in games.

We are kicking off the week by speaking with King vice president of games Cara Ely, who has spent 20-years in various roles across the industry at the likes of Zynga, PopCap and more.

Cara Ely: I work in the new games division at King. In a nutshell, I’m responsible for developing new IP with a small and talented team of game makers in Barcelona and beyond.

How did your journey into games begin and how did you progress into the role?

I had a background in talent management and casting, so I got my foot in the door when Sierra On-line needed help getting their internal recording studio off the ground - finding writers, actors, directing sessions, and so on. I was an Associate Producer, so I learned about game development from the ground up, with a focus on production and design.

My creative break came a few years later at Oberon Media, where I pitched and then designed their most successful IP series (Dream Day). That was seat-of-your-pants development, going from concept to launch in less than 12 months. I led nine titles and did creative oversight for a few others and helped develop the new IP process for all internal development teams.

After a few years, it was clear that casual players were beginning to move to Facebook and the free-to-play model, so I pitched myself to Zynga and joined them to help expand their casual game business. I wanted to learn as much as possible about the new business model and how live data could be used to influence product decisions (for better or worse).

I launched two games with Zynga, then moved on to PopCap; they were going through a significant period of change after the acquisition by EA, so my focus was much more on studio management, talent development, and navigating the corporate relationship. I learned a lot but was much further from making games. Joining King gave me the opportunity to work on products again, but with the benefit of a lot more perspective.

Not exactly. I knew the industry existed, that it was an actual career path, but I initially thought I would end up in a different area of the entertainment industry, given my background in casting and script development. I feel incredibly lucky to have made a career in games, it’s been over 20 years now and I’m still learning so much.

I led nine titles and did creative oversight for a few others and helped develop the new IP process for all internal development teams.

What did you study (if anything) to obtain your role? What courses would you advise for aspiring professionals in the area?

There were no game design courses when I was in school. Something I’ve noticed, being in the industry for so long, is that many people in games (myself included) have some sort of theatre background. It applies so well to game development - a group of passionate people, in a variety of disciplines, who must work together (on a deadline) to deliver something to an audience.

Everything I loved about theatre - the collaboration, anticipation, camaraderie, joy - is echoed in the experience of making games. That said, the great thing about game design nowadays is that there are so many sub-disciplines to explore. Math, writing, psychology - all of these (and more) provide a pathway to becoming a game designer.

Seeing how the team makes the game better and brings ideas to life. I love listening to, and learning from, people across the company, but especially those on my team. A close second is seeing players respond to a game concept or a build. Nothing compares to it. I find it incredibly energising, even when you’re hearing blunt criticism.

I wish I had gotten (and embraced) this advice sooner: what would you do or ask for if you knew the answer was “yes”? Then do it, ask it. Don’t assume the answer is no before it’s been given.

Do you feel female characters are better represented in video games today, as opposed to when you entered the industry?

Certainly. There is still a lot of work to do, but after 20 years I do see improvement not just within games but in the workplace as well. For years, it was common for me to be the only woman on a team or perhaps one of two women.

There is more to do to make games and studios not just diverse but inclusive, but I do feel hopeful based on the work I see happening, at King and across the industry as well.

Can you tell us about some of the biggest challenges you have encountered since joining the industry?

Anyone who is interested in games, should tap into (or build) their network as much as possible.

Since my focus is on casual games, I’m often pitching ideas to stakeholders who are not part of the target audience.

It can make it much more challenging to get the “why” or aspiration of a game across when leaders (who are gamers themselves) would not necessarily be the first in line to play the product, nor be motivated by the same goals as the target. It means I need to be an evangelist for the consumers as much as the product.

What more can be done to encourage more people to consider a career in games?

Some of the most talented people I’ve worked with in games did not start out there, but, through a series of conversations or coincidences, happily ended up there.

I would say that anyone who is interested in games, should tap into (or build) their network as much as possible. Find people you know who are working in games; most of them love to talk about what they do, so take advantage of that whenever you can.

Any final bits of advice for people looking for a job in this profession?

Make your interest known and show your work if possible. There are so many tools available to help anyone make a game, so if you have ideas, do what you can to start bringing them to life.

"Your career should not fully define your identity," says Popagenda co-founder Geneviève St-Onge