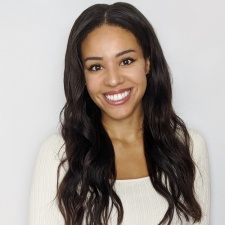 Elle Osili-Wood is a present and host - most notably for BBC and the BAFTA Games Award.

As part of International Women's Day - taking place on March 8th, 2021 - PocketGamer.biz is spotlighting a number of talented women from the games industry under our Jobs in Games series, throughout the week.

Each profile will bring about a certain set of expertise, a different background, and a wealth of knowledge for women looking to join the industry or possibly find a new role within. Most importantly, there will be some key information on how to get started, what common challenges you could face, and why more needs to be done to help push female diversity in games.

Rounding out the series, we spoke with BAFTA Games Awards host and BBC presenter Elle Osili-Wood about how mainstream media is slowly starting to recognise games, alongside why studios and media platforms need to take more responsibility surrounding toxicity and harassment in communities.

Elle Osili-Wood: I’m an arts presenter and journalist, and my day-to-day is pretty varied. At the BBC, I present the arts programme Front Row on Radio 4, which I love - it’s such an interesting show to work on, and the team are absolutely brilliant. I also write and present for the BBC Arts Inside Games series, most recently with our feature-length iPlayer documentary Special Characters. In addition, I cover games for BBC Newsround and pop up on shows like BBC Breakfast and 5 Live.

Outside of mainstream media, I also cover games in more depth for specialist audiences. In particular, I work extensively with BAFTA, where I not only sit on the Games Committee but have also hosted a range of events exploring game design, from masterclasses with Supergiant on the making of Hades, to panels exploring kindness in video games. I’ll also be hosting the BAFTA Games Awards this year, which I’m incredibly excited about - it’s set to be a really special show, celebrating just how important games have been over the last year.

In addition, I host content for gaming brands, which is really fun - in the last year, I’ve travelled around the UK on a Pokémon bus, trained to be a Viking for Ubisoft, debated Avengers for Marvel, and hosted D&D Celebration. I also hosted the O2 Level Up Showdown, which was hilarious to film - we pitted James Buckley against Chris Stark, each with a team of gaming influencers, across a series of games. I honestly haven’t laughed so much at work in years!

I also have a background in esports and have hosted a wide range of esports content, including the UK Esports Awards, the Omen by HP Esports Report, and ESL’s World of Esports. Outside of games, I cover arts more broadly, presenting shows for organisations like the Royal Opera House, or hosting panels for The Booker Prize.

How did your journey into games begin and how did you progress into the role?

I started my broadcast career at the BBC - I was lucky enough to be chosen for the BBC Journalism Trainee Scheme and won the Gareth Butler political placement. From there I moved into arts journalism and asked to also cover games - my editor wasn’t thrilled at the prospect, but fortunately, agreed anyway.

I was lucky enough to be chosen for the BBC Journalism Trainee Scheme and won the Gareth Butler political placement.

It meant that I was well-positioned to cover games as they became more and more mainstream, and after setting up a YouTube channel to share my work, I was offered my own television show.

After that, I was able to make games coverage a much larger part of my career, which is hugely rewarding - games have been such an important part of my life, and I love being able to celebrate them as the art form they are.

Much of my current role didn’t exist at the start of my career, so definitely not!

What did you study (if anything) to obtain your role? What courses would you advise for aspiring professionals in the area?

As I mentioned earlier, I became a journalist through the BBC Journalism Trainee Scheme, which gave me an incredibly thorough, practical grounding in broadcast and online journalism.

One of the best things about games journalism is that in recent years, it’s become far more accessible than most other types of journalism - with a bit of luck, you can start a blog and six months later be writing professionally. However, the downside is that there aren’t always the same kind of training structures and new recruits are missing out on essential skills like pitching, media law, interview technique, and the ability to craft several different types of pieces.

As such, you can really stand out by having a good grasp of the basics - weirdly, BBC Bitesize has a great guide to several of these topics. Also, if you want to work on screen, most games roles require good editing and camera skills, all of which you can pick up from YouTube pretty quickly.

I love live presenting - whether I’m in the Radio 4 studio, leading a panel for BAFTA or hosting a big multi-cam studio show, there’s nothing quite like the buzz you get from going live. It’s often much more spontaneous and entertaining than pre-records - when you know you only have one shot, everyone brings their A-game!

I also really enjoy hosting on-screen feature interviews. I’ve interviewed industry figures like Hideo Kojima, Cory Barlog and Amy Hennig, and I love having the chance to dive into their process - it’s fascinating.

From the outside, the games industry can seem male-dominated and a little intimidating, but as it turns out, the network of women you’re adopted into when you work in games is just astonishing.

It’s incredibly uplifting and supportive, and I absolutely wouldn’t be where I am today without their encouragement. You end up with friends absolutely everywhere, and it just makes life - and work - so much more fun.

Do you feel female characters are better represented in video games today, as opposed to when you entered the industry?

Absolutely. I’ve been replaying old games during lockdown and it really reminds you just how far the industry has come in the last decade. Not only are we seeing more female characters in games, but also more nuanced portrayals, and new perspectives.

Characters like Kasio in If Found and Abby in The Last of Us Part II are great examples - these are the kind of women who would never have been in the games I grew up with, so I’m thrilled to see games starting to recognise a wider and far less stereotypical representation of womanhood.

Can you tell us about some of the biggest challenges you have encountered since joining the industry?

As an arts journalist, trying to cover games in the same way I’m able to cover other entertainment mediums has been a huge challenge. It’s so strange - surveys show that more than half of the UK population plays games, rising to 86 per cent of those under 69, and it’s the most profitable entertainment industry, yet so many mainstream outlets assume their audience have absolutely no knowledge of games.

It means that every single feature re-explains the concept of video games, usually expressing surprise that they’re so popular, before very briefly touching on the newsworthy element. This approach hugely limits our ability to explore games with any nuance or specificity; imagine how bizarre it would be if we had to explain the entire film industry every time we wanted to discuss a film?

Fortunately, the last few years have seen a shift - particularly at the BBC, in the last year, I’ve made a BBC Sounds documentary on the science behind video games, as well as BBC Arts programmes about black hair in games and our relationship with video game characters.

What more can be done to encourage more women to consider a career in games?

Games companies and media platforms need to take more responsibility when it comes to addressing toxicity and harassment - for women, it’s one of the most significant barriers to both entry and retention. I always consider myself incredibly lucky to have grown up around plenty of women who played games, and it prevented me from falling prey to the stereotyping and harassment that drives women away from games.

But today, the overwhelming immediacy of social media means that female players, developers, community managers, and journalists are frequently victimised to the point of being in fear for their lives - all because they love games.

Those in a position to address audiences need to take a stronger stand; we need studios to drive out toxic players, and media platforms to enact far stricter moderation for content that directly harasses and endangers individuals, or champions hate speech. We also need allies to speak up - if you aren’t from a marginalised community, consider using your voice to support those who are, and condemn toxic behaviour.

Any final bits of advice for women looking for a job in this profession?

It’s something I’ve said before: be brave. There will be enough barriers along the way, so don’t create your own - apply for that dream job, reach out to inspiring women, start a wildly ambitious project, nominate yourself for awards, contact companies you’d love to work with.

If an idea terrifies you, it usually means you’re moving in the right direction. Also, you definitely aren’t charging enough - up your rates!

Hades wins big at the BAFTAs