"Nintendo Switch was an obvious choice of platform" 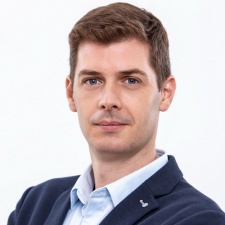 This week, we spoke to Three Legged Egg founder Zoltan Lading who discussed the leap to going permanent in games, the hardships with recruiting talent in Hungary and why Glam felt right for Nintendo Switch, not mobile.

Zoltan Lading: Three Legged Egg is actually a duo of Fabo and myself. About 10 years ago, we made a project which despite being quite successful, was not enough for us to go full-time. That didn't happen until the end of 2019, where we decided to go all-in on from a platformer prototype.

Due to our previous job, we had to wait until the end of April to start working full-time but it was at this point when Three Legged Egg surfaced.

There are many tools and platforms where you as an indie are welcome - particularly the Nintendo Switch eShop.

My day usually starts very early. I wake up and have breakfast with the family, before sitting down at the computer with a jug of coffee to discuss the tasks for the day. This is when I open Unity to create new levels, test previous ones, or test all types of functionality.

As our knowledge doesn’t cover everything to create a game, we have to find properly trained and talented external colleagues. This truly is a challenge, both professionally and financially.

We really love playing our games. Playing them gives us energy on those more difficult days. This was especially true for Glam. My 13-year-old son, who also loves games, asked me frequently to let him play on my computer, despite the fact that he is more interested in battle royale games right now. This was a little success for me during the development.

More so, success for us is getting more and more positive feedback from players and critics. Yesterday we received our first YouTube walkthrough, which made us really happy, as we saw that the game was running just as we imagined it. On the other hand, the game needs to earn enough to be able to finance the next title so whether it's a success in that consideration is still yet to be found.

What is your opinion of the games market for indies right now? Has the Switch eShop helped?

It's very tough! It always has been. Currently, there are many tools and platforms where you as an indie are welcome - particularly the Nintendo Switch eShop.

We released Sky Tourist, the first game we ever developed together on mobile platforms, and during that time the market started to gauge towards free-to-play over premium. We chose premium as we better identified with premium models, alongside our game ideas being better suited to this market.

On Switch, we are at the beginning of a journey so it's hard to say how much the eShop has helped. We do know that from previous experiences with other companies it has been good for visibility, though.

We took inspiration from the likes of Super Mario, Super Meat Boy, Hollow Knight, Cuphead, and The End is Nigh when creating Glam.

Specifically, can you share any details of your experience with the games industry in Hungary?

It's very hard to work in Hungary. The companies experience the same problem as everywhere else in the world and it's just as difficult to find talented people.

Could you tell us about Glam, and why it felt right for Nintendo Switch?

Nintendo Switch was an obvious choice of platform, as we didn't want to work for the mobile market and our knowledge of developing premium titles set us up much better for the console/handheld.

We love hard platform games, so there was no question that Glam would go in this direction. We took inspiration from the likes of Super Mario, Super Meat Boy, Hollow Knight, Cuphead, and The End is Nigh when creating Glam.

The main goal was to create a game where challenge, learning and fun are all in good balance with one another. We constantly transport the player into new situations, obstacle courses and challenges that build off previous parts of the game. It's a constant learning process, where the basics are very simple while keeping the player amused.

As a result of the pandemic, we could only meet once or twice a month, so everything needed to be discussed on the phone or online. Besides this, I think we had some luck, that the pandemic didn’t influence our project dramatically.

We are currently working on the multiplayer part of Glam, an online co-op mode that will be released soon with a new level package assigned to it. Also, we are working on the Xbox port for the game as well. Of course, we have already ideas for the next game too.

I'd create a similar game to Glam, as this is the type of game I'd love to play and work on - it simply does not depend on finance. But the content is much more dependant on how much we can spend, and so it would be nice to work with an army of super talented graphic designers.

I don’t think that we've reached the point where we can give advice to other indies as of yet. That said, as in every other aspect of life, in this profession you must be persistent. There is no magic component to success, just a strong work ethic.