ARTE's Adrien Larouzée on the past, present and future of transmedia 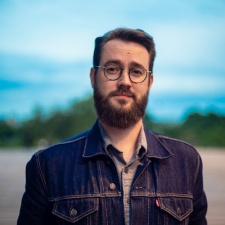 Transmedia and Metaverse are two phrases the industry cannot shake right now. As the lines between types of digital media begin to blur, we are seeing the immersion of a new landscape.

Games are starting to merge with film, comics and music to create this new world, and many companies are at the helm enabling all of these components to work together. ONe such company is ARTE, a TV channel / digital network. It operates to enable game developers to showcase their work across different mediums.

We caught up with ARTE's Adrien Larouzée to talk about how the company goes about this, its rich history of supporting the transmedia landscape, and how the platform seeks to provide indie developers with a fresh publishing alternative.

PocketGamer.biz: First off, can you tell us what ARTE is, and what your mission is?

Adrien Larouzée: My name is Adrien Larouzée, I work at ARTE as Head of Video Games Co-Production and Publishing Activities. ARTE is a public service European culture channel and digital network, with a strong focus on creation and innovation. It is well known in France and Germany as a TV Channel since 1992.

For a decade now, our digital department has been producing content aimed to be distributed through other means than TV: interactive documentaries, web-only shows for YouTube, content for social networks, interactive fictions, VR experiences... and now video games.

Why would a public service TV network produce and publish games?

Besides its TV channel, ARTE has had an historical role in the transmedia production and interactive digital projects (Prison Valley, Alma, Hors-jeu...) and by doing so we’ve met a lot of talented people willing to push the boundaries of story-telling. We’ve encountered this growing indie scene made of solo developers, experimental interactive designers, journalists, directors, writers… all searching for new immersive horizons but lacking partners to meet an audience.

As a public service actor our mission is to promote and defend the cultural diversity of European creation, on all screens : not only TV but also on computers, mobile, in VR headset or on a gaming console! So in 2013, we decided to co-produce our first video game : Type:Rider. Our idea then, was to think of it as a playable documentary about the history of typography. We helped the studio financially but also on several editorial and artistic aspects. The game was a great critical success and we proved that a TV Channel can apply this co-production scheme to gaming, helping indie game makers. 8 years later we collaborated with different studios on 12 different games including, Vectronom, Vandals, Homo Machina, A Fisherman’s tale, The Wanderer: Frankenstein’s Creature or Bury me, my Love

It’s a way for us to stay innovative and widen our audience while we allow on the other hand a new public to discover a cultural gaming offer. It’s also a way to valorise video game authors’ productions, their independence and creativity. We strongly believe that gaming is a cultural field in its own right that we can support as a European public institution, helping the emergence of an independent and quality production.

What kind of games/editorial are you looking for?

Unlike most broadcasters, we are not looking to extend our brand or games to go along with what we do on TV. To be honest this is quite the opposite. We know our audiences are completely different on both mediums, and we know we can develop in video games something we would never be able to do elsewhere.

We’re looking for what we call “author’s games”, independent creation that seeks to explore original avenues in terms of narrative universes and artistic direction as well as gameplays. As always, it's a question of telling stories that speak to the imagination and intelligence, through the eyes, ears and hands. We privilege ambitious narratives (which can be adapted from pre-existing works or not), sophisticated and seductive visual universes, accessible and innovative gameplays that are easy to handle. We love PC, Consoles and mobile games, as long as the experience fits the platform.

How do you help the studios?

We work with the studios in two complementary ways. First as co-producers with financial and editorial support: indie studios are bringing their project idea pretty early in the conception process and if it fits our editorial line we are able to engage in a pre-production phase, and then in a production phase.

Then, and since 2017, we act as a publisher with all the traditional services: distribution, marketing, QA, localisation, PR... in the end it was a pretty natural extension of our activity, as we already did most of this for our audiovisual content. We’re really happy to share our 30 years’ expertise in storytelling and authors' support to this industry too.

What do you have planned looking to 2021, any upcoming announcements or games you can tease?

2021 will be a huge turning point for us! The team is getting bigger with really talented people dedicated to PR, marketing, and distribution. We will be able to bring our games to new platforms, new stores, and try new distribution models, while our community of indie games players is getting bigger and more involved.

Starting this year, we will also extend our frontiers a little bit, allowing us to work with studios outside of France and Germany. ARTE is a European project at the core, and we’d love to reflect that vision into our video games production.

Another exciting news is that we will now be able to help smaller studios with publishing-only deals, through an “ARTE presents” kind of collection. At festivals, I’ve met a lot of small studios with great games that didn’t find a publisher willing to take a shot because it was too artsy or too short for example. Sometimes it would have been a great match for us but we weren’t able to make publishing deals without being involved way sooner in the production. I’m really excited about this idea, and we hope to find great projects we can help with.

Finally, I can tease a few of the games we’re currently working on.

The first one is Unmaze, a unique narrative mobile game where you play as Ariadne, the mythological greek princess. You’re tasked with guiding two lost teenagers, Asterion and Theseus, out of the maze by talking to them and helping them make choices and solve puzzles. It’s got a twist though, the game uses the light captor of the phone to detect ambient light. When it’s played under direct light, Ariadne can interact with Asterion, but in the dark only Theseus will answer. The character left alone will continue its wandering through the maze and might get lost forever! By choosing who to interact with, you can change the course of the game and influence the ending depending on the choices you’ll make along the way.

The second one is INUA, a narrative adventure puzzle game. I won’t reveal too much about it yet, but it is based on Inuit folklore and tells the story of Anirniq, the great polar bear. One day, humans came and took her cubs away from her. The player will have to guide 3 characters across time and space, to help Anirniq find her cubs back and bring balance to the world.

The next games are a bit further away but I can give you some hints about what we’re working on.

We all have tales of family gathering gone wrong, from the ever disgruntled father to the overbearing mother and drunk uncle. Well that’s precisely what our next interactive visual novel is about…

And last but not least, there’s this incredible title coming up for desktop and consoles. We’re not quite ready yet to talk about it but what I CAN tell you is that it’s an incredible adaptation from a famous french writer, set in a film noir atmosphere - think California in the 50’s - with stunning art and a witty story.

You can learn more about ARTE on https://www.arte.tv/videogames.