How Before I Forget is broadening its audience on Switch 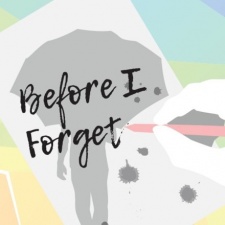 Chella Ramanan is a junior narrative designer at Massive Entertaiment - A Ubisoft Studio, as well as the co-founder of 3-Fold Games.

Claire Morwood is one of the co-founders at indie studio 3-Fold Games.

Many developers launch their product into one market, only to find better success on another.

With that in mind, welcome to our new Switching It Up series, where we interview developers about the process of porting games from mobile. PC and console to the Nintendo Switch.

This time, we spoke with 3-Fold Games co-founders Chella Ramanan and Claire Morwood about Before I Forget.

It's a BAFTA-nominated narrative exploration game that puts you in the shoes of Sunita - a woman living with early-onset dementia.

PocketGamer.biz: Why did you initially decide to give Before I Forget a Switch port?

Morwood: It's something we always considered during development. We were initially aiming for PC/Mac as that's what we knew we are able to do but we always imagined we could get the game on Switch, partly because we both love it as a console.

It's also a platform that could really broaden the audience.

Ramanan: I think Nintendo Switch has a good relationship with the indie community.

When I was talking about whether to buy a Switch or not, lots of people were telling me it's basically an indie game arcade that I can take to conventions… so it has this huge library of indie games which kind of made it the perfect space. It's also an intimate experience with the Switch. You hold it in your hands and cradle the device.

Were any other platforms considered alongside Switch (and Xbox)?

Ramanan: It was kind of out of our hands, as we had no idea as indie developers.

We're only a two-person team, so it was more let's just see if we can get this game out and it would be so cool if we got on console at a later date - particularly Switch, we thought would be great.

In terms of accessibility and preference, Nintendo is always really good for those types of things.

We did talk about mobile; that's a platform we thought about and also would be great. Again, there's a number of hurdles that you don't have when you are releasing to PC and Mac, so thanks to Plug In Digital they opened those doors for us.

Do you think you would consider bringing Before I Forget to mobile in the future?

Morwood: It's something we talked about a while back and I think myself, in particular, was concerned about how the technical implications of bringing that kind of 3D first-person experience to mobile.

It is something we might revisit and have a think about, depending on how the console launch goes.

How did the partnership and platform agreement come about with Nintendo?

Morwood: It was mainly through Plug In Digital who reached out and asked if we were interested in working together. So a lot of the platform conversations were between them.

Ramanan: We had a meeting with ID Xbox, so the team got to know us a little but in terms of Nintendo, it was more remote.

Morwood: There were a few things we had to change, like the graphics just because PC and Switch capabilities are quite different. We had to make adjustments to the UI but in terms of content, the game is the same.

Having to submit your build and having it approved by Nintendo too. It's worth being aware that they might come back and ask you to edit this and that, things we didn't really have to consider on PC.

Morwood: I don't know if that was a particular factor. It's really cool that you can but it's not like it's a super high graphics game, so it doesn't make that much difference if you are on a large screen or small screen. In terms of accessibility and preference, Nintendo is always really good for those types of things.

Ramanan: I agree with that. As I said, the experience is an intimate one, so the handheld aspect was the biggest draw. Then people have the choice to play it, how and where they want.

Where did the inspiration for the character of Sunita originate from?

Ramanan: Sunita is a blend of some people I know. I have a Sri Lankan friend who was quite an inspiration for her initially. I have another friend who is a cosmologist. There's a little bit of my sister-in-law too, who's an academic.

So Sunita is a blend of all those strong women I've known. I wanted to represent South Asian people in games because they are really lacking, so I picked someone with Indian heritage.

I wanted to represent South Asian people in games because they are really lacking, so I picked someone with Indian heritage.

Morwood: We had a lot of conversations as the game progressed where we got to know Sunita more and more. Obviously, there were all these initial ideas that Chella had but it was just interesting to know this character the more we worked on the game and the more she was brought to life.

It's interesting because as a first-person game there are photos of Sunita but you never really see her walking around the house… For a long time during development, we didn't have voice acting so she was silent. So when we had a voice actor and actually heard what she sounded like for the first time, it was amazing.

We then got an artist and made a Pinterest board of all the people Sunita's like. One was Peggy from Mad Men; that's where her dress style originated from, a sensible, sheikh 60s girl about town, as she's breaking down barriers as an Indian woman in a male-dominated scientific career.

Talk to us about the reception to Before I Forget so far?

Morwood: It's been pretty overwhelming in terms of the comments we've had and positive press. It's been really lovely to see the reaction people have had and it seems to have touched a lot of people.

Ramanan: It was a relief, basically. I was a game journalist before I became a game developer, so I was really nervous about the press because these are my peers and people that I really respect, having done that job. I had no idea what they were going to say. We got really amazing reviews from lots of incredible journalists that I really admire.

Just the amount of people that have personal experience, which fortunately we don't with dementia, but people who do seem to respond really well.

Some people seem to find it cathartic and find a new understanding of their loved ones. Medical professionals have responded to it really well too. That's quite overwhelming. Honestly, it's been more than we ever could have hoped.

What are your expectations for Before I Forget on Nintendo Switch?

Ramanan: Seeing the Switch community and streamers having conversations about it. It's going to be interesting to see what the difference is, as we don't know. This is our first time.

Morwood: Even leading up to launch, we've had a fair amount of interest from the press and people getting excited. So in that respect It already feels like it's a success, to be honest.

What can we expect from 3-Fold Games in future?

Ramanan: We have a couple of things, nothing we can really talk about. One project we will probably have some news on reasonably soon. Then we've been discussing another game, so it's not the last of 3-Fold Games.

Morwood: I think we're interested in exploring stories that aren't often told in games but not necessarily limited to illness or mental health.

Ramanan: There are lots of things we want to explore surrounding lots of different marginalised or underrepresented stories and perspectives.

Before I Forget is available to purchase on the Nintendo Switch eShop now for $7.99.