Bridging the gap between mobile games and advertising 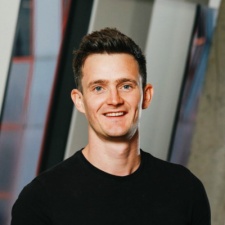 PocketGamer.biz: For those who don’t know, what’s an "in-play ad"?

Paul West: These are ads that display within an actual game scene, like a billboard on a road, a big screen in a stadium, or a poster on a wall.

Pioneered by Admix, in-play ads are an immersive, player-friendly way to drive new revenue using the actual surfaces in your game, effectively bridging the gap between mobile games and brands.

The in-play format allows efficient and effective game monetisation with no hit to player experience or gameplay performance.

Why do you think that gamers prefer these sorts of ads to more traditional formats?

Ads in mobile games today are often forced, full screen and up to 30 seconds long. They represent a very frustrating experience for the player, as shown by the number of reviews on the platforms complaining about ads. in-play ads are the exact opposite of this.

They’re all about protecting a player’s right to play. They never impact gameplay or interrupt the experience, and only last as long as the player wants to look at them. They can also add a sense of realism to a game, improving the overall consumer experience.

Our data shows that, when following Admix best practices, these ads have zero impact on player retention. In fact, 93 per cent of the Admix publishers that responded to the official in-play survey say in-play ads don’t affect their players at all. In fact, 36 per cent love them!

What sort of games do you think in-play ads work best in?

In-play ads used to be limited to games with 3D scenes, such as city explorer or racing games. Now we see almost all genres embracing in-play, from hypercasual games like Pencil Rush 3D to music games like Beat Blader, and from idle games like Idle Army Base to hidden object games like 100 Doors.

The reason the format is growing so rapidly today, despite being an old idea, is because the technology can now bring the scale of thousands of advertisers to bid on every ad placement, instead of simply relying on direct sales teams manually selling each placement to a buyer at an agency.

For developers who want to run such ads in their existing games, how do they go about that?

It’s simple. Just sign up, download the Admix Unity plugin and drag and drop a placement into your game. Did we mention it’s a no-code SDK?

Before joining Admix, I signed up and put in-play ads into one of my own games in under 20 minutes - and trust me when I say that I cannot code.

Can developers mix in-play ads with traditional ads? Should they?

Absolutely, yes. One of the reasons the format is so popular is that it’s a brand new revenue stream for your game that doesn’t cannibalise IAP or other ad formats.

If you could add 10 per cent revenue to your game quickly and easily with a new revenue stream, why wouldn’t you try? What have you got to lose?

From an advertiser’s point of view, what works best? Is this more of a brand advertising opportunity than a performance marketing strategy?

The format currently works very well for branding, which is also why developers like it. Developers like the option to run non-clickable placements as they know their players won’t be distracted from playing and risk leaving the game.

That said, performance advertising is coming to Admix in-play this year and our developers will be able to opt-in to clickable placements if they wish to use them. The key thing is that it will be up to our developers to enable this if they choose to. If you’re interested in being involved in our clickable beta, do reach out to us and let us know.

How do in-play Ads fit into the current issues around Apple and user privacy?

There’s no tracking of installs in order to price and sell our inventory. This means Admix in-play ads are significantly iOS 14 resistant.

When do you think the tipping point will be for when the use of in-play exceeds that of traditional ad inventory like rewarded and interstitials?

I’m not convinced it will happen, or even that it needs to. I was lucky enough to have a front-row seat when we launched AdColony’s rewarded video format in EMEA.

This created an entirely new ad ecosystem and business model for making mobile games, and it’s still incredibly popular many years later. The best thing about mobile games is that multiple ad formats can live in harmony. In-play is best suited to do this due to its non-cannibalising and non-intrusive nature.

Tell us more about Admix’s technology

Admix’s true USP is its ability to take rich media advertising language, auction it live, and render it within the actual game scene instantly. Admix is a technology company, not an agency.

That’s been proven, with tech recently being verified by Integral Ad Science. In other words, we allow brands and advertisers to programmatically target highly engaged audiences across hundreds of games culminating in millions of hours of gameplay.

What types of in-play ad formats are coming soon?

The best thing about in-play is that it’s just getting started. This year Admix will release at least two exciting new formats that will further enhance the monetisation and advertising opportunities on the platform.

These are clickable ads, enabling performance advertisers and product placement advertising - which I believe is a first in mobile gaming!

What role will in-play have in the mobile metaverse?

Admix’s vision is to be the core infrastructure to reward and empower creators in the metaverse. Put simply, Admix has already started crafting the building blocks to help "monetise the metaverse".

Where can developers go to find out more about in-play ads and what sort of resources do you have available?

Visit Admix to find more content such as developer case studies or the official in-play survey, which is completed by major studios with a combined three billion installs. Or, if you’re keen to get started, just sign up, download our plugin and start earning.