Why data's the glue to supercharge Stillfront's consolidation strategy

Head of data platform Andre Cohen on a new strategy 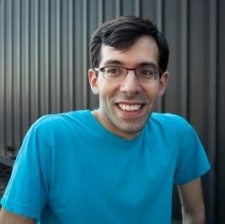 What's the glue that holds together the 21 game studios that currently comprise the Stillfront Group?

Actually, it's an existential question.

The raison d'etre of Stillfront is that it's been acquiring companies, promising them the win-win of continued independence as well as the additional resources and expertise of the group.

After all, Stillfront has spent billions of dollars buying these companies.

When push comes to shove, it has the right to make the decisions it believes will be in the best interests of the group and the shareholders who have provided the capital to enable Stillfront to expand in the manner it has.

Solving this problem is a task for the company's newly appointed head of data platform Andre Cohen, who reports into Stillfront's CFO Andreas Uddman.

Previously with Tilting Point, which had acquired his IAP monetisation machine learning startup, Cohen says that even a couple of weeks into the job it's become clear how data will preserve the independence of Stillfront's studios, while also generating group-wise expertise that flows between headquarters and the studios.

"It's been very hard for our studios to communicate with each other," he says.

"We needed to create a language to help them to connect with each other and then we realise this will start to happen through the flow of better data."

Complicating the issue, however, is that Stillfront's companies are operating a wide array of games; everything from MMOGs designed back in the days of Windows 95 through to F2P mobile games with daily liveops changes.

We needed to create a language to help them to connect with each other and then we realise this will start to happen through the flow of better data.

Yet Cohen believes that as much as this spectrum has complexity, it also provides a rich granular dataset, covering a wide variety of games and their metrics; everything from retention and monetisation to performance marketing and ROAS, and payment channels.

Even more importantly, such a data-led approach puts the studios in control.

"When it comes to knowing their games and being able to forecast what's going to happen in the future, no-one knows that better than the game teams," he explains.

Hence the first step of building Stillfront's new data platform is giving the studios the ability to share their data.

"Building a data platform centrally and then imposing it on our studios would be a tough sell," Cohen says.

"But look at the situation another way, and the platform already exists; it's the data. I don't have to sell the studios a product I'm building. It already exists and they're excited about that."

Of course, over time, more features will be built out with tools allowing Stillfront's business intelligence team to start creating their own forecasts and KPI predictions.

"Hopefully we'll get to the point when we can start applying machine learning to the data, but that will be a long road," Cohen states.

But the first steps down that road have already been taken.