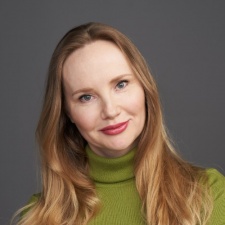 Overall business experience is 20 years, including 18 years in senior positions and 7 years with multinational.

Interested in dynamic team with inspiring leaders and smart colleagues.

Elena Grigoryan is chief marketing officer at MY.GAMES, the Russian developer and publisher which comprises over 10 development teams and 80 active games.

Elena Grigoryan: For the mobile industry, the key development in 2021 was the change in user identification policies of App Store apps – IDFA.

It caused mobile game companies all over the world to reconsider the methods that they were used to in user acquisition and adapt their marketing strategies to the new terms. At MY.GAMES, we are actively working on diversifying our marketing channels, which has allowed us to keep our marketing buying efficiency at a good level regardless of IDFA.

The topic of allowing third-party payment instruments to the ecosystems of the largest platforms was also big: Epic Games vs. Apple and the ripples that case sent across the globe. All in all, 2021 has shaken some elements of the foundation of the industry that were seemingly rock-solid, and who knows what 2022 will bring down that road.

We usually see games influencing and inspiring other titles within a span of two-to-three years, but this year we can already single out several projects that will be trendsetters.

First and foremost, we are talking about Axie Infinity here. Despite all controversy around this project and its business model, it is definitely this year’s top success story that launched the debate about play-to-earn games, NFT, and digital property rights in gaming systems.

Currently, NFT games are not allowed to be distributed in official Google and Apple stores, so big companies will not be rushing to make them, but these games are not hard to make, and demand is high, so their number will inevitably grow.

Among classic mobile titles, we should mention Royal Match, now a shining example of a live-ops casual game – and the only casual game to show active growth this year.

In Asia, we should also mention Harry Potter Magic Awakened and The Lord of the Rings: War.

What is your favourite mobile game of 2021?

My favorite game is one of MY.GAMES’ top three titles, a tower defense game called Rush Royale from our IT Territory studio. Its launch was the most successful in the history of MY.GAMES, and our team accomplished this while working from home.

At the end of Q3 2021 the game had around 14 million downloads and a lot of fans all over the world including myself. On average, players spend 66 minutes in the game per day. That’s truly inspiring.

In terms of your company, what's the thing you're most proud of during 2021?

As I said earlier, we managed to complete the most successful mobile launch (Rush Royale) in MY.GAMES’ history, and its significance is doubled by the fact it was all done in a new working environment – working from home.

Staying with the topic of new titles, we also need to mention first-person team shooter World War 3 developed in partnership with The Farm 51. It was launched in closed beta on PC in November. At the moment we are actively working on honing the product to prepare it for global launch in spring 2022.

2021 has been quite productive for our investment division MGVC, which has been active both in Russia and abroad. It has inked 12 deals and consolidated two studios, Mamboo Games and Playkey. MGVC also became one of the top-10 largest strategic investors in the world having funded projects for more than $30 million, according to analyst platform InvestGame’s rating for 9M 2021.

Changes in Apple’s privacy policy have had a serious impact on the mobile games market, and companies will still be adapting to it well into next year.

We continue helping up-and-coming developers, including via educational programs and business accelerators like Game Drive – a project we launched with Google, which got more than 80 applications from across the globe.

So despite all of the challenges, 2021 has been a productive year for us, and we are so delighted to see our team efforts getting recognition in the gaming community. For example, Left to Survive from our studio Whalekit was named Best Action Game at Samsung’s Best of Galaxy Store Awards 2021.

Changes in Apple’s privacy policy have had a serious impact on the mobile games market, and companies will still be adapting to it well into next year. While many developers are seeing revenues shrink, there are some that have benefited from the new order. We might see other players of the ad market creating their own video game studios, too.

The hypercasual market will be shifting towards hybrid casual games or aggregating content following the likes of Roblox. There will be more high-budget games with Western IPs and China’s funding, more console IPs on mobile devices.

Our strategy remains to continue diversifying our portfolio, which already includes titles in many different genres across all platforms.

We will be launching several new games in 2022, including World War 3, which will become a key PC launch for us – the biggest in two years. Together with our partners The Farm 51, we have put so much into this project, and we really hope the players will like it.