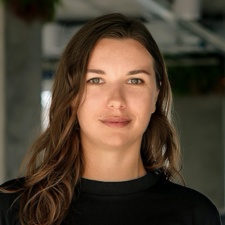 Lana Meisak: The changes related to the IDFA (Identifier for Advertisers) because it significantly influenced the purchase of traffic on iOS, and also affected the assessment of the effectiveness of advertising campaigns.

Now the whole market experiences difficulties running product tests on Facebook, with Facebook losing out on a large proportion of user acquisition spend as a result.

On a positive note, these changes have forced us to delve deeper into other purchasing channels, as well as change and refine our approach to testing new product ideas.

We have also run more technological experiments on the marketing side to learn how to increase user acquisition through web traffic.

There were loads of great titles released this year. There are several key players who have established certain trends in game mechanics, but it’s hard to pick the one that was most impactful in the whole of 2021.

In terms of hypercasual titles, I’ve instead picked a top five, which are: Join Clash, Blob Runner, Count Masters, Among Us, and High Heels.

What is your top and/or favourite mobile game of 2021?

I’d say each of the hypercasual games mentioned above has the potential to be the best as each of them influenced the development of the market in 2021 in their own way.

I would also mention Gismart’s Body Race and Pencil Rush among my favorites for this year that also showed great market performance generating together a huge audience of almost 100 million.

In terms of Gismart, what's the thing you're most proud of during 2021?

In November we reached 1 billion download total downloads. Overall, our focus this year was on strengthening and growing our positions in priority business areas: games, entertainment applications and wellness products.

Over the past 12 months, we have released over 20 mobile and HTML5 games. Some of our most successful game releases this year are

New trends born from the rise of the pandemic back in 2020 remained persistent throughout 2021. For instance, users continued to play more and for longer per session. The hypercasual market, in turn, responded with the emergence of a new subgenre, Idle Arcade, where developers continue to look for new game mechanics to attract users.

In 2022 we’re going to continue expanding and developing our product portfolio.

One of our main goals for 2022, in terms of the hypercasual niche, is to stay consistently in the top 5 publishers. We are also planning to release four new casual titles and will begin developing two large-scale casual games.