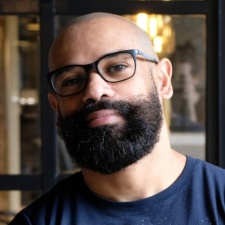 Could you give us a teaser of what we can expect from your talk at Pocket Gamer Connects London?

I’ve been rehearsing this presentation to a few small groups, and I usually start by saying 'don’t expect a happy ending'. This is a much more complicated narrative about the decision-making creators go through when they set upon on a project, and whether or not to go with a mission-first approach. There are so many considerations, especially financial when you’re a smaller studio, that nothing is taken lightly.

It’s probably the most personal talk I’ve given; I’ll show more of my heart, share some of my frustrations, and give the best takeaways and lessons I’ve learned.

Who are you hoping of reaching with this talk?

Playtra’s fundamental mission is to create experiences that we all want to play. The people I want to reach are those wanting to do the same thing. This is a very large spectrum of creators, not only indie devs but also people in the biggest companies trying to convince their bosses to create something original. As such, the talk will also cover why chasing trends is not always the best option and bring some of the positive feedback we’ve had from talks with publishers.

Think about it this way: trends are started by somebody, and that somebody is usually one of the indies. I want to show the decision-makers that indies know their stuff and know about the decisions involved, know what we’re trying to create, and know there are more inherent values that how many copies a game sell.

Don’t get me wrong; we want to sell millions of our games, and we know there’s a big audience for them! But there is a central conversation about who believes in your game becoming a big hit, whether it aligns with trends or not, and how that support influences decision-making and the creative process.

Why is Connect London the right moment for a more intimate, personal talk about mission-first games?

Your principles have such a huge impact in everything you do, but people don’t tend to consciously add them to the decision-making process. We also don’t tend to have these kinds of conversations widely – we talk about this with publishers all of the time, and it’s a talk that can come with a lot of frustration and catharsis, almost akin to therapy! So I wanted to be the person to share that conversation with more people.

What is the disconnect between, shall we say, data-driven creators and mission-first creators?

I think they’re the same people. We very frequently hear people assert that triple-As don’t know what real gaming is or do not understand creators with fresh stories or experiences, and that they’re just people who are fixated on sales and year-on-year growth. I’m not trying to challenge this approach, but the disconnect for me is that this approach and mine have never been brought together.

There is a lot of money to be made with indie companies that doesn’t involve letting thousands of them die. There’s a more collaborative way of bringing big investors to smaller indies, a way that doesn’t exist right now.

Is this an indication of the immaturity of the global games industry, and how wildly the processes of producing and funding games have changed within its brief existence?

I think that is exactly right. We’re all lost and don’t really know what we’re doing: we have a small number of incredible games generating billions and hundreds of games generating zero, and we don’t understand the why nearly as much as we should. It’s not just the failures; when something works, it’s inevitable some people are going to resort to copying, but that does not guarantee success.

I’ve spoken about the leadership of the games industry in other talks, and essentially the first leadership were basically teenagers – young developers that became leaders of studios – who never had to grow up. The new generation of games leadership hasn’t come from games themselves but are a generation of executives from other industries with a different vision. These teenagers are being supplanted by executives who don’t necessarily love the industry as a cultural force, but more as a profit engine. And there are a lot of people who love games and want to make money from games lost in the middle.

It’s probably the most personal talk I’ve given; I’ll show more of my heart

It sounds like your talk will advocate something of a middle-ground – as you say, achieving critical and financial success from games but to do so in the right spirit.

Exactly, and it’s not just work that has to happen from the heads of the biggest corporations in games but also the leaders of small studios. We need to see our business as a business.

This could very easily become a more rebellious, emotional talk about following my dreams and not giving a damn about so many important aspects. Instead, I want to talk through the rationale, reasoning, and opportunities behind making original games, and hopefully provide guidance to those who want to make this argument besides 'I want to do this'.

Are there any background details or context you would like your audience to be aware of, ahead of your talk?

I would point to how my personal background is a little different. I’m not a teenager opening my first company, I haven’t spent my career solely in games, and I am a queer creator from South America. There was a lot of learning I had to do before I had a chance to create my own company, and that learning educates all of my decisions.

Perhaps thinking about why I am in the games industry will help people understand why thinking mission-first is so important to me.

Finally, you have one sentence to persuade someone why they should come to your talk. What would it be?

I don’t normally try to persuade people to come to my talks! But, if I had one sentence, it would be to say it will be less controversial and more interesting than you think.