torcado walks us through the development of Heck Deck, from game jam to top-ranking new game on the App Store 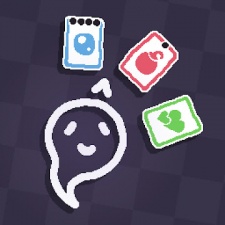 Heck Deck, a bullet hell card game published by PID Games Mobile, was developed by @torcado and released on January 11 2022 on iOS, Android, and PC. A game developer and web designer, torcado has been participating in the Ludum Dare game jam since LDJAM26. Game jams are natural environments for experimentation, and it’s no surprise that Heck Deck had its genesis here.

"Heck Deck originally started as a 48-hour game jam project for Ludum Dare 41, which had the theme 'Combine Two Incompatible Genres'. Maybe the first idea that popped in my head was combining a card game with a bullet hell game, and the rest just came naturally from that."

Success stories birthed from game jams are not uncommon - including Surgeon Simulator, Superhot, and Baba is You - and torcado determined to complete Heck Deck in a modest period of time: "The game took over three years to make and was made entirely by me, with music done by Keestak.

"The biggest challenge was definitely adding save support. Because you can stop moving at any point, I needed to be able to save the state of every entity at any moment, which required accounting for all the fields and relationships of all the entities."

A prolific experimenter, frequently publishing bite-size releases on itch.io, torcado insisted in infusing a greater polish to the game despite much of the content being finalised at an earlier stage: "Once I finished the final boss, I had implemented basically all of the content I wanted. The game would've felt complete if it was released at that time, but I wouldn't have been happy with all the polishing left to be done. It wasn't until fairly close to release that I felt happy with the level of polish, and I still haven't stopped working on it."

Although Heck Deck has not sold as many copies as intended - "So far it has performed slightly below my expectations in terms of sales, but I'm very happy that the game has released without any major issues, and it seems like people are enjoying it!" - torcado has confirmed that there will be further gameplay updates: "There are definitely plans for future updates! There will likely be even more cards, more shop mechanics, and at least one more character to unlock."

Heck Deck reached the top-ranking spot in the App Store’s New Games category on release. However, torcado does not have any immediate plans for future mobile-centric releases: "I don't have plans for anything specifically for mobile, but I have many ideas for web projects which would definitely support mobile devices."