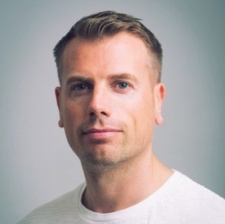 Simon Spaull, CRO and co-founder of Gadsme, discusses his presentation, Why aren’t more brand advertising $$$s being spent in gaming?, which will explore the opportunities and misconceptions of in-game advertising, including the core differences between performance marketing and brand marketing.

PocketGamer.biz: Can you give us a teaser as to what you’ll discuss at Connects London?

Simon Spaull: There is a common misunderstanding about in-game advertising. There’re two sides of marketing: brand awareness and performance marketing, and it’s the latter of which that 95 per cent of the gaming world utilises to drive player installs and user acquisition. We’ve seen a slight uptick in non-gaming brands adopting this opportunity, but it’s still a long way off from non-gaming or ecommerce brands making the most of this.

It’s very difficult for brands to currently advertise within a mobile game. In the gaming space, brands have attempted to advertise but we have to remember a couple of things; that brands are largely operated by media agencies, which have a huge raft of opportunities and channels to utilise. It’s very hard to be a specialist within that, especially within an ever-changing and complex digital world, and this reliance on agencies can account for why brands tend to be slow in adoption of gaming.

Some agencies and brands have launched campaigns within games, but they’ve entered into a world that is performance-led. Every ad you see in a mobile gaming environment is designed to drive a clickthrough or conversion. That’s a huge problem for Procter & Gamble, Unilever, car manufacturers because, while you’re raising awareness, the entire ecosystem of mobile gaming is geared around that conversion metric. There’s no conversion that leads someone into buying a car and you don’t want someone to leave their gaming experience to buy a shampoo product.

They know their audience is there. They know there’s an opportunity to reach them, from an awareness standpoint, but the cost and methodology means, for many brands, it’s a non-starter. That’s why, whenever you do see an ad, it’s short-burst, only there for a couple of weeks at most. I haven’t seen a brand, like a big car manufacturer, do a big awareness project for a long time.

Is there a desire for agencies to get involved? They must look at the highest profile examples like Fortnite or Ariana Grande’s inclusion in Final Fantasy Brave Exvius and wonder what else can be done.

Those arrangements - brand sponsorship deals - are different from your standard advertising setup, typically negotiated with the studio and it’s a burst campaign over a short period of time. That resonates very well, and brands are aware of the options, but the actual activity to date is limited.

I expect this to grow as media agencies become more aware of the opportunity. The big problem is none of the gaming companies, apart from a handful of billion-dollar entities, have an ad-sales or ad-sponsorship team. None of these studios have developed, nor will they, the resources to be able to hunt typical brand sponsorship deals, and for those who have tried, it’s extremely difficult to contact a Procter & Gamble and go through the motions of a big sponsorship deal.

In-game ads are nothing new, we had in-game ads in 1998, we had hardcoded ads in the early ‘00s, but now, because immersion, awareness, and adoption of gaming has been so vast. Ultimately there needs to be a solution in the middle that helps connect brands to the gaming companies, and, y’know, without plugging Gadsme… but the first problem to solve is the functionality for brands to play inside the games space.

What is the difference, if any, in opportunities between mobile gaming and core gaming?

Any type of game is open to brand partnership opportunities. Mobile games see a huge amount of immersion and time-spent, and there was a time we didn’t think people would leave a console environment in favour of the mobile one. As we know now, that’s not the case. Any type of game, from core/mid-core to hypercasual, has an opportunity for a brand to either sponsor or reach their ideal audience.

Is there a disparity of suitability between genres - for example, fashion games compared to FPS?

Not at all. We’re live in many games ranging from sport to city builders, racing to mid-core titles. The only areas that may not be relevant today are your fantasy or sci-fi genres, but my belief is when companies help educate brands to the possibilities, it could think creatively about seamlessly integrating a Coca-Cola or Pepsi within that environment. If it’s a sci-fi game, perhaps inventing a futuristic Coca-Cola bottle.

Brand terms are always extremely sensitive, so I think we’re a way off this. But I think the clever, forward-thinking brands will go down this route. I think the creative process of making a Coca-Cola bottle for a futuristic gaming environment, thinking about its future branding or the materials of the bottle to reflect awareness of environmental impact, would be of immediate interest and popularity, and I imagine brand preference would improve.

If you had one sentence to persuade someone to attend your talk, what would it be?

The future of game advertising is evolving, the opportunities are huge, and it’s already being recognised and resonating well with brands and publishers. Come and learn more!