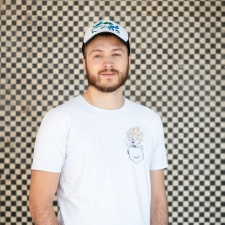 The Big Indie Pitch, a repeating special event run by the makers of PocketGamer.biz, sees indie developers engage in a rapid fire pitching competition for fame and those sweet promotional packages.

The event gives indie developers four minutes to pitch their games to a panel of press, publishers, and industry pundits, each receiving invaluable feedback, before the judges pick three winners.

Today, we're speaking to Marcin Gola from War Bear Games, the studio behind Minion Mash!, which recently pitched at The Digital Big Indie Pitch #12 (Mobile Edition) and walked away as the runner-up.

PocketGamer.biz: Tell us a little about yourself and your indie studio – who is on the team, and what are their inspirations?

Marcin Gola: We are War Bear Games, a small indie studio from Wroclaw, Poland. We specialise in making engaging F2P mobile video games with high-fidelity qualities usually found only on larger platforms. For Minion Mash, our main sources of inspiration were the games from the Pikmin franchise and 2D roguelikes such as The Binding of Isaac and Enter the Gungeon.

Can you tell us about Minion Mash! that you pitched at the competition?

Minion Mash is a mix of a dungeon crawler rogue-like and a dynamic squad-based strategy game, similar to productions such as Pikmin or Overlord. You play as Allie, a young alchemist capable of controlling groups of minions of different elemental affinities. You are tasked with exploring randomly generated dungeons, collecting treasure and alchemy agents, defeating enemies, and overcoming various challenges. The lower in the dungeon you get, the more dangers lie in your way, but also - more loot to get. The higher the risk, the higher the reward.

What do you think are the most unique and interesting aspects of Minion Mash! that players may never have seen before?

We tried to nail down the aspect of controlling groups of minions as your main way of interacting with the game. It’s really fun to see a horde of little colorful creatures jumping on an enemy that is at least ten times their size and toppling it down with ease. Our developers created a robust AI system that tells the minions what to do, but the player is always able to take the wheel and tell each minion group what to do at any given time, which is crucial in keeping the group alive. Although while reading this you may imagine a busy UI filled with dozens of buttons and numbers, our goal was to make the controls as simple and intuitive as possible, so you can play with only one hand.

Minion Mash! is a real-time squad-based strategy game with a hint of rogue-lite mechanics. Given the popularity of both of these, what made you choose to create this type of game, and what do you think you bring to it that may not have been seen before?

With the horde-based gameplay, we thought it would be really interesting to see how a unit management system similar to strategy games would fit in a rogue-lite dungeon crawler genre. Usually, in other roguelike games such as Hades or Risk of Rain 2, or even in mobile Archero, the player controls only one character at a time. Having actual units as your first line of defense creates a unique twist in which the player can choose upgrades that would benefit their army or focus on developing their main character, who when dies, it’s game over. Combine this with different risky temporary power-ups and unlockable characters with various skills we have planned for the game and you get something extraordinary.

How did you come to choose the platforms that you would develop Minion Mash! for?

It’s hard to overlook the benefits of releasing games on mobile platforms. According to the newest research, more than 80 per cent of the world's population has a smartphone, which is an astronomical number of devices your game can be launched on. What is more, this market is growing every single day. Having a free-to-play game on a platform that is always in your pocket means that you can play it anywhere and share it with practically everyone. Also, we like challenges, and having to translate such complicated gameplay concepts to a mobile game, which you can play with only one hand, was a very fun experience.

Well, the hardest thing to do is to find people with money that will believe in your vision. It’s nice to think of an indie developer as a broke student fulfilling the American dream in his/her basement creating a hit. Truth is, it is very rare. It happens, of course. But if your team has financial safety you can be way more creative. This is why I genuinely think Big Indie Pitch is a great place for indie developers. It provides an opportunity to find people from the industry that will support mad ideas of ours.

It may sound obvious but I think the most important thing is to be passionate about your project. Give it as much love as you can afford. It will influence your team. It will help you find investors. And it will make you go forward even if at the beginning nothing works out. If you don’t feel the love, don’t be afraid of ditching a project and starting a new one. Many developers stick to bad ideas way too long. On the other hand, we tend to forget that, at the end of the day, we would like to make our passion a way of living. So sometimes projects that we love are not suitable for the current market. In that case, I also think the good thing to do is to create something else. It's a very thin line between passion and financial viability.

It's a very unique experience. As an indie developer, I pitched my games more times than I can count, but the format of Big Indie Pitch makes it something else. First of all, you meet all the others, super talented, developers, with their great ideas. This is cool by itself. And then pitching starts. Fact that you have only five minutes (and that feels like 30 seconds) makes you think about your game in a different way. You can’t just talk about all clever mechanics and finely polished systems. You don’t have time to go through the whole storyline of the game and make expositions for each character. The goal is to focus only on essentials – the most unique, fun, and interesting things that your game offers. Preparing the pitch is many hours of work (at least for me), and then, during the event, you just go into this flow state, and time flies in the blink of an eye.

We got confirmation that our idea is good. It gives a huge motivation boost to keep grinding, creating, and developing. Also, I met some awesome people among judges and developers. The opportunity to sneak peek at others' work is inspiring.

I don’t know what I still hope to gain. Right now, pretty fresh after the event, we are networking and we hope to find some cool partners for the future.

We are finishing an early version of the game, so we can show it public as soon as possible. After collecting feedback and data we are gonna plan our next steps. But our backlog of ideas for developing Minion Mash is huge. As roguelites fans we want this game to be a worthy representative of the genre on mobile.

About new projects - well, they will happen for sure, but I will keep a mystery for now.