IWD22: "The 'metaverse' trend has been significantly overblown and disproportionately emphasised" 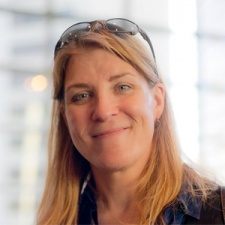 In observance of International Women’s Day 2022, this week we’re highlighting some of the incredible female industry leaders that we are honoured to have speaking at our upcoming Seattle conference. We could not be more excited to have them as part of our star-studded speaker line-up, and we couldn’t wait until May to get to hear from them and to share their brilliant insights with our PocketGamer.biz readers, so, we had a chat with them about business, games and, of course, what it means to be a woman in games. We recently spoke with Mohawk Games’ CEO Leyla Johnson, you can read our conversation here.

The biggest mistake I see on a consistent basis is the assumption that the players out there who are waiting to play our games are more or less just like us.

Next up on our Spotlight series is Kate Edwards. Kate Edwards is the CEO and principal consultant of Geogrify, a consultancy which pioneered content culturalisation, as well as the CXO and Co-Founder of SetJetters, an app focused on connecting tourists to global filming locations. She is also the former Executive Director of the International Game Developers Association (IGDA) from 2012 to 2017 and the Global Game Jam from 2019 to 2022. In addition to serving in several board and advisory roles, she is a geographer, writer, and corporate strategist. Following 13 years at Microsoft, she has consulted on many game and non-game projects for BioWare, Google, Amazon, Facebook, LEGO, and many other companies. Besides being awarded by several organisations for her advocacy work in the global game industry, she was honoured at GDC 2020 with the Ambassador Award at the Game Developers Choice Awards. In August 2021, she was included in the Forbes' "50 Over 50" Vision List as one of 50 veteran women selected from a wide variety of industries, and in September 2021 was inducted into the Women in Games Hall of Fame.

PocketGamer.Biz: What is the most overhyped trend from the last 12 months - and why?
Kate Edwards: This is likely an easy, low-hanging fruit answer, but I think the “metaverse” trend has been significantly overblown and disproportionately emphasised. While it’s fun to keep saying “metaverse” - just like when we used to call it “cyberspace” in the early 1990’s - the constant repetition of the word doesn’t evoke it into existence. Just like the early days of VR when it was severely overhyped, the technology took decades to even reach a consumer-viable form (Oculus Quest in my view) and even then it still suffers from not quite finding its place among the consumer’s media priorities. I do firmly believe that the “metaverse” will eventually be a reality, but with the numerous current roadblocks - starting with the lack of device or platform interoperability - I think it’s still a visionary idea waiting for its time to come.

What’s the most common mistake you see being made in the games sector?
Speaking from my years performing culturalisation work on games, the biggest mistake I see on a consistent basis is the assumption that the players out there who are waiting to play our games are more or less just like us. And while on some level that is true - we all have a shared love of games - that doesn’t mean everyone is going to embrace certain creative decisions and directions, or feel that your content was trying to be inclusive. In short, be sure to remember that you’re making a game for a global, diverse, multicultural audience, and thus strive to design your game play and content accordingly to be respectful and inclusive of their perspectives.

Every successful individual is the sum of a wide range of help and guidance, and seeking out mentorship is never an admission of failure or inadequacy but rather a clear desire to improve and elevate your skills.

How important is it for women to lift each other up and what does that mean to you?
When your demographic comprises (on average) only about 20% of the workforce in the game industry, it’s absolutely essential for each of us to serve one another’s needs and goals, and to celebrate each other’s successes as well as lift each other up during our challenges. I know myself and many other women have experienced many challenging situations in the game industry, many of these issues which indicate how far the industry has yet to improve. But for most of us, our true survival mechanism was each other, not only to cope but also to thrive. Remember that being in the 20%, other women aren’t really your competition, so we need to lead by having a servant’s heart and help each other as much as we are able.

On International Women’s Day, what is the most important message you want to send out to young women thinking about their careers?
First and foremost, I encourage young women to resist the taunt of comparison and focus on improving your skills and abilities as best as you can. An American writer once said that “Comparison is the death of joy”, and in a world that’s obsessed with social media that is designed to maximise comparison, it can be a very daunting environment to try and avoid being brought down mentally and emotionally. Secondly, if you do find yourself admiring someone else’s skills (because you caught yourself comparing!), you may have just found an ideal mentor. Every successful individual is the sum of a wide range of help and guidance, and seeking out mentorship is never an admission of failure or inadequacy but rather a clear desire to improve and elevate your skills.

Why do you think diversity in the workplace is so important?
Quite simply, the more demographically diverse and inclusive the workplace, the more intellectually and creatively diverse the possibilities and outcome of that workplace. Homogeneous perspectives are typically not conducive to finding new paths of creativity and possibilities; it’s the outlying ideas - when given the space to be fairly expressed without backlash - which most often lead to true advancement in any field, and games are no different. To strive for greater diversity and inclusion in the workplace is to set the stage for true innovation and advancement.

Hear more from Kate this summer
Want the opportunity to hear more from Kate Edwards and the Geogrify and SetJetters teams? She’ll be leading the conversation at the upcoming Pocket Gamer Connects Seattle among hundreds of other incredible industry leaders. Make sure you secure your spot at our west coast conference today and save up to $275 with our Early Bird offer before prices rise.