Newly-launched Las Vegas Sands-backed games company looks to social interaction in its forthcoming titles. But how much of a disruptive force will the company come to be? 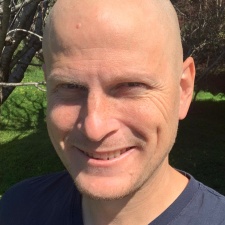 When the launch of Fortis Games, by former EA, Zynga, and WB Games execs Steven Chiang, Shawn Foust, and Calvin Lau – president, COO, and CPO of Fortis, respectively – was announced, it was accompanied by a blogpost by Foust that described the company as "an odd bird, born of unique circumstances".

Foust's blog took a decidedly punchy tone, taking charge against an industry that underestimated and underinvested in game design as a competitive advantage. But what impact is Fortis looking to make, and how soon will that impact be realised? PocketGamer.biz spoke with Foust to find out.

PocketGamer.biz: Obviously, the Fortis founders share a wealth of experience in some of the largest entities in the games industry. What are each of you hoping to achieve with Fortis that wasn't possible at these companies, and what was it about these structures that prevented that?

Shawn Foust: Fortis’ mission is to create worlds that matter and games that inspire meaningful social connections. Fortis is architected for its purpose: pushing the design of service games forward. We are funded, at scale, to pursue a contrarian lane that requires significant innovation to execute on. We must be oriented toward taking risks – thoughtfully – and we must be agile enough to respond to successes and failures as they occur. That means radical shifts from the status quo on how things are approached.

Building something new is generally difficult when starting within something established. We think fondly of the behemoths and the content they’ve brought to millions, but we thought it would be too hard to change their course. And, frankly, it’s not clear it would be good for them even if we were to try such a thing. They occupy their lanes and they are well designed to do so.

Las Vegas Sands is an unusual choice for a financier, let alone being fully financed. How did the conversation with Sands start, and what drew them to the games industry?

They reached out to us. There were other options, but this fit our goals the best. It wasn’t an obvious pairing at first glance, but that changed once we started talking about the overlap in our approach to things. They’re contrarians. They’re builders. They believe the long term success is more important than the short term success. Same with us.

Both Sands and Fortis want to be in the business of crafting entertainment experiences that create communities people will want to spend the rest of their life in. Physical. Digital. Both. The opportunity is to build bridges on shared memories, and we think we can best accomplish that working together.

At its launch, Fortis has emphasised the significance of social interaction in its future titles. What do you identify as currently lacking in the current generation and maintenance of gaming communities?

Most design models for game services, particularly on the phone, were established in a different era. For a time when the demographics were different and the capabilities of the phone were different. These design models weren’t not focused on establishing meaningful interactions because it wasn’t an important component to the business model. Some genres do it better than others, but as a general matter the tooling and design around social is light and poorly linked to core mechanics. They’re games about content consumption with little collective problem-solving.

We think weighting the experience toward social interaction is a significant opportunity. It’ll require us to redesign how core mechanics, live operations, and social structures work, but we see it as possible and deeply exciting.

How do you intend to bridge the different player bases across mobile, PC, console, and beyond, and manage their varying expectations?

We’re accessibility maximalists. If the vision for Fortis is to create communities where you belong, then we should default to being where people are. The executive team is deeply experienced across all platforms, and we see all of them as being in play. Each concept is evaluated for the breadth of audience it can potentially entertain and how it might go about reaching them from its outset. For any game, the business model, mechanics, and platforms will reflect what we believe the audience will most respond to.

A focus on social interaction and community-building also means wrestling with the nebulously hostile interactions that have, in part, come to define online gaming. What is your approach to safeguarding, especially minors, in Fortis' communities?

Not all communities within games are toxic, but it’s far more common than anyone would like.

People generally follow the incentives you give them. If you place people into a high-pressure situation and make them interdependent on strangers, there’s a high likelihood that interaction will turn toxic over any meaningful sample size. Particularly if the consequences for toxicity are low relative to the stakes involved in the situation – such as a ranked match where a promotion is on the line.

Not all communities within games are toxic, but it’s far more common than anyone would like.

Fortis benefits from being less focused on PvP as the core of the experience than other communities, but that’s not a solution in and of itself. We’re inclined to focus heavily on increasing the positive incentives for good community membership and the consequences for bad membership. If we can make your reputation a thing of value that you care about, then we’re in a better position than most games. That’s tricky to do, but generally hasn’t had much investment elsewhere.

That’s a starting point, not an ending point. We have a number of ideas and a deep commitment to experimenting until the community is a place where people are happy and engaged.

Your blog post took an engagingly punchy tone. A reliance on iteration, a hesitancy to move beyond technology norms, and a pot shot at market "maturity". Fortis is angling itself as a disruptive force, but what is the most immediate, tangible manifestation of that aspiration we can expect to see?

(Aside: Shawn is a ridiculous human being and all blog posts by him should be viewed with suspicion.)

Our organisation reflects our vision for our games: building world-wide, inclusive communities. We’re a global, remote-first studio because we want the world in Fortis (if we can get it). Our first acquisitions were in Brazil, Romania, and Portugal – countries that have people who have been playing our games and want a chance to build them for themselves. It’s a joy to tap into that enthusiasm and drive and make it a part of our culture. It broadens our horizons and forces us to solve social within our company as a precursor to putting it into our games. We like that and it feels pretty different from what’s out there now.

Of course, none of this is disruptive until we release a game that causes a response. Until then, we’re just words on a page and games in a pipeline.