Meet the mobile games and Web3 experts at Pocket Gamer Connects Seattle, May 9-10 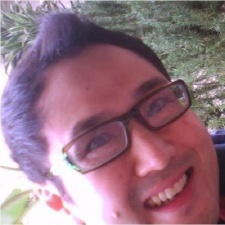 Pocket Gamer Connects – Europe's leading mobile games industry conference – is heading to Seattle as we bring an array of incredible speakers, industry experts, and unparalled networking opportunities to the US west coast on 9-10 May 2022!

You can check out our speaker lineup, but to give you a teaser for what you can look forward to, we spoke with our speakers to share a little of what they'll be speaking on, and their thoughts of the mobile games industry.

David Kim, head of games publishing at WAX Studios, is a figurehead at our events – we hope you caught his fantastic panel appearance at the GDC Metaverse Mixer. Kim will be discussing key information that every developer should be aware of when it comes to blockchain and games whether they are working on a blockchain connected game, considering it, or even currently against it.

PocketGamer.biz: What’s the most common mistake you see being made in the games sector?

David Kim: Knee jerk negative reactions to new business models by incumbents in the space. You saw this from traditional console/PC game developers and publishers when it came to mobile and F2P gaming. We're seeing a lot of similar reaction to the emergence of blockchain connected gaming.

Where are the next big opportunities in the mobile games market?

New additional monetisation models based around connection to blockchain. They won't replace F2P, micro transactions, and advertising, but instead create additional new layers that can be added on top.

What’s your favourite ever mobile game?

I generally don't have one favorite when it comes to any form of entertainment, but a couple of games I've really enjoyed and put a fair bit of time into are Archero and PunBall, both from the same developer, so they must be doing something that tickles my brain in the right way.

The mobile space evolves at a much faster pace than console and PC gaming, but is there a console or PC trend that you think has potential within the mobile space?

To me the aspect of the faster pace of evolution in mobile than console/PC which is most interesting is on the hardware technology side, in particular processing power in mobile devices having caught up over time to the point where you can now run many new console/PC games natively on mobile devices.

What role do NFTs play in the future of games?

What an NFT is in relation to a game is completely different from what people currently think of NFTs as being which is some form of digital art or asset you own.

When it comes to the use case in games, the NFT is not the asset itself, but the key or deed to the in-game asset which grants the player who owns it the right to utilize it in-game and also transfer that ownership to another player outside the game including potentially selling it for real money or something which can be converted into real money – legitimately, transparently, and trustlessly rather than through grey markets where there is always the risk of getting ripped-off.

If you could give other mobile games companies one piece of advice, what would it be?

Before taking a position on something which may impact your business, really take the time to investigate and understand it.

There’s no place like Pocket Gamer Connects Seattle to connect with incredible industry leaders like Desiree Dickerson. Don’t miss out on attending our West Coast conference – secure your seat now and get early access to our meeting platform to schedule all the meetings and see who all will be joining us in Seattle come May 9-10.

Speaker Spotlight: ZEBEDEE's Ben Cousens on the impact of game payments as a native experience