Drake Star partner Michael Metzger speaks with PocketGamer.biz on the highs and lows of games industry deals in H1 2022, and why IDFA is driving deals in the mobile sector 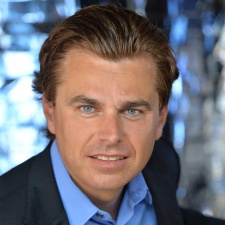 Drake Star’s latest report, Global Gaming Report H1 2022, outlined the eclectic array of M&A deals throughout the first half of the year, which has seen an astounding $107 billion in announced and closed deals as firms look to consolidation in the face of an anticipated recession.

At the release of the Q1 2022 report, Drake Star partner Michael Metzger estimated that deals throughout the year could exceed $150 billion, and despite a slight decline in Q2, he is still optimistic of this outcome: “We have already surpassed $110 billion in deal value in the first six months of the year, including the just-announced Unity/ironSource merger.

“The M&A market continues to be very active, and with a few larger M&A deals in the second part of the year and the public market hopefully opening up again in Q4, we are still on track to reach $150B for the full year.”

While the number of deals made in H1 2022 fell in comparison to the explosion of pandemic activity in 2020/21, it has been record-breaking in many respects – in terms of deal value, vastly private placements, and blockchain and NFT placements.

Although there were few mega-deals, as described by Drake Star, within Q2 2022, significant deals include Miniclip’s acquisition of SYBO, the Embracer Group’s acquisition of numerous Square Enix assets, and the continuing commitment to games from Saudi Arabia's PIF, with a five per cent stake in Nintendo.

However, public companies have fared less successfully – which Metzger attributed to uncertain immediate economic conditions, but is optimistic of a bounce-back: “Uncertainty around global economy going into a likely recession and the resulting potential decline in consumer disposable income is one of the key drivers for the valuation adjustments across most tech stocks including gaming.

“The public markets seem to have already adjusted for the likely slowdown, as we get a better picture of the degree of the global slowdown in the coming months, the gaming stocks might recover, considering that gaming is the largest segment within entertainment and with strong long-term growth. Most listed gaming companies also have very strong fundaments and are highly profitable.”

Metzger continued: “The M&A market continued to be strong in Q2 2022 with 60 closed transactions, we just did not see any mega-deals. The public buyers are now more focused on higher quality targets with strong profitability, and as the overall market valuation has come down, we expect M&A valuation multiples to also adjust.

The M&A market continued to be strong in Q2 2022 with 60 closed transactions, we just did not see any mega-deals

“We may see several public companies being acquired by private equity firms, being attracted by the current lower valuations of listed companies. Both the Take-Two/Zynga and the Sony/Bungie deals have closed, and we expect that the Microsoft/Activision deal will also close this year.”

While the number of blockchain deals – with stalwarts Animoca Brands, Immutable, and Sky Mavis remaining at the top of the food chain – has declined a little from its Q1 2022 peak, from 131 to 97, the frequency and value of deals has declined considerably. The vast majority of H1 2022 blockchain/NFT deals – 210 – occurred within the earliest period of H1, while only 14 were made in the “mid” period, and fell even further to four within the “late” period.

However, Metzger noted that over half of all private gaming investments were related to either crypto or NFT in Q2 2022. He continued: “Investments in the space continued strongly even after the Terra stablecoin collapse last quarter. With the large number of dedicated crypto and gaming funds, we expect that the investment activity in the space will continue to be healthy. The blockchain gaming industry is still in an early stage, and the biggest challenges is to make games fun and accessible to larger audiences.

The IDFA change was also a driver for M&A

This contrasts with the considerable improvement to market performance from entities including Embracer, Konami, Nexon, and EA.

Metzger attributed this decline to an escalating degree of uncertainty facing the mobile industry – including the yet-to-coalesce impact of IDFA: “Apple’s IDFA change made it more difficult for mobile game developers to target the big spenders, who are an important part of the F2P economy. Mobile game consumer spending reached $41.2 billion in the H1 2022, which represents a 6.6 per cent year-over-year decrease when compared to the same period from 2021, according to Sensor Tower. Downloads across iOS and Google Play were up 0.4 per cent for the half, as they reached 28.1 billion globally.

“The IDFA change was also a driver for M&A, as mobile studios joined larger gaming companies for UA expertise, a larger audience and potential cross-platform opportunities. The PC/console-focused companies benefited during Covid from a large number of new and existing gamers staying home, and many of the gamers continue to play the games they got to love.”