Strauss Zelnick believes the deal will enrich the gaming industry 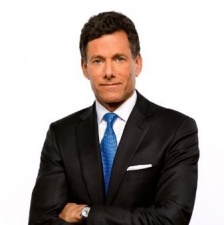 Microsoft’s proposed acquisition of Activision Blizzard has caused a massive stir in the gaming industry. The deal has been approved by Saudi Arabia and Brazil, whilst other territories such as the UK are investigating the deal, to ensure it doesn’t lead to a monopoly. Should the acquisition be closed, it would be the biggest gaming acquisition of all time at $68.7 billion.

Take-Two Interactive CEO Strauss Zelnick has voiced his support for the deal in an interview with TheWrap CEO Sharon Waxman, stating that the acquisition is a good move for the gaming industry. VGchartz reports that, in Zelnick’s opinion, competition doesn’t equate with a threat to another business, and that he sees Microsoft as an ally as opposed to an enemy.

"Ultimately the consumer votes, and if we create great hits, which is our business, then consumers will show up, and no one can take that away from us," he said. "The entertainment business is the antithesis of a fungible commoditized business. Every title stands alone. So it sort of doesn’t compete with anything else and yet, it’s highly competitive in a way. In other words, we compete with everything and we compete with nothing. You can’t replace one of our titles with another title."

Katie Campione, writing for Yahoo! Entertainment, writes that Zelnick’s focus isn’t on beating the competition, but for Take-Two “to continue being able to weather a loss and survive in the current landscape, even as a recession looms, meaning more consumers will have less money to spend on nonessentials like gaming.”
Zelnick hopes to make Take-Two the most “innovative, creative, and efficient entertainment company in the world.” To this end, the company recently completed a $12.7 billion acquisition of Zynga.

“We were already a leader in the console and PC space, and we believe we had already the best collection of intellectual property in the space. However, mobile is the fastest growing part of the interactive entertainment business,” stated Zelnick.

In August we listed Take-Two and Activision Blizzard as some of the top 50 mobile game makers of 2022.