iPhone and Android possibly on the agenda 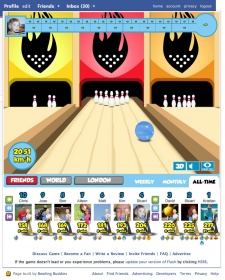 Social gaming firm Playfish has raised $17 million in Series B investment, which will partly be used to fuel the company's expansion onto platforms other than Facebook  possibly including iPhone and Android.

The company's roots are in mobile  CEO Kristian Segerstrale and several of his founding team used to work at Glu Mobile  but so far it's focused on creating games for the Facebook social network.

The funding was led by Accel Partners and Index Ventures, and caps a successful year for the company, which now has four games in Facebook's Top 10 games chart. "We've grown incredibly quickly," says Segerstrale.

"We now have 25 million registered players of our games, and more than 10 million monthly active users. We're getting two billion minutes of engagement a month  over four million working days. We've got studios in Norway and Beijing and a new office in San Francisco, and we've launched an in-game advertising platform and in-game transactions. It's been a busy year."

So what will the company use the money for? It'll partly be used to expand beyond Facebook onto other social networks  the company launched its first game on MySpace a couple of weeks ago. But Segerstrale is also looking beyond these websites.

"We're really keen to get people on other platforms to play games together," he says. "A bunch of platforms have been rolled out or are being rolled out that are effectively connected internet devices with gaming capabilities. That includes high-end mobile phones like iPhone and Android, but handheld consoles are moving that way too, as well as Xbox Live and PS3."

Segerstrale is keen to stress that Playfish isn't announcing any specific plans for iPhone, or indeed any of these platforms. But it seems certain the company will follow social gaming rival SGN onto Apple's handset in the coming months.

"We've not made any announcements about these platforms, but the funding will allow us to bring some of the IP that we're generating to a broader range of devices," he says.

One thing that may cause Playfish to rein in its ambitions is the lack of clarity around how to make money out of social games on the iPhone and these other platforms.

"There are a bunch of hurdles still to jump," says Segerstrale. "It's relatively easy to do well on these platforms to do well if you give games away completely for free, but the challenge is in the business model, as well as some of the technology required to connect those devices to Facebook."

He continues: "iPhone and Android are still a bit in limbo when it comes to micro-transactions: their business model is still pay per download. But it's early days. We've been encouraged by the consumer numbers and acceptance of gaming on the iPhone, and that's a sign of what may be possible if the rules are relaxed in future."

Back in Playfish's core business  Facebook  Segerstrale says the company has only benefitted from the evolution of Facebook's application platform, despite some developers complaining about the restrictions introduced in the last year. "We think Facebook has taken a thoughtful approach to maturing the platform," he says.

"They set it up with relatively few rules to encourage lots of different applications to be developed, and since they've used their experience to protect users from being abused by these apps  for example being overwhelmed by spam. These things have helped apps like ours that people spend a lot of time interacting with, and have harmed some of the apps that were just designed to maximise virality."

One of the interesting things about Playfish is how Segerstrale's vision of social gaming's future fits with wider trends in the gaming industry.

"The games industry is in for a broader tectonic plate shift over the next five to ten years, in which games will evolve from a product to a service," he says. "Social gaming is an important ingredient in that, but it's not by any means the whole story. Software went through the same transition, from desktop to internet. Business models are likely to change, as once you move to a server-based environment, you have to move to an internet business model."

In that sense, Playfish's competitors aren't just social gaming firms like SGN and Zynga. They're potentially any gaming company with high-quality, accessible and connected games. Witness how Digital Chocolate is repositioning itself as a cross-platform connected game publisher, or how console firms like Atari are gearing up for digital distribution.

The big question, though, is where the money is going to come from  besides from VCs, that is. Playfish sees a combination of advertising and micro-transactions as strong sources of revenue, and on the former front, signed up early with Google's new AdSense for Games system.

"It's still early," says Segerstrale. "We believe both in-game advertising and transactions will be large in the future, but they're still embryonic. We think the transactions business will grow faster, because there is already proven consumer spend on games in general, and it's easier to substitute some of that spend into the free-to-play model."

Advertising? That's trickier, but potentially still large, he says. "Google's entry into the market is a great vote of confidence in how big it will become. But advertising budgets are notoriously slow to shift from one platform to another, so the ad dollars will take time to migrate. But all the signs are there that it's going to be a very large business."

AdSense will be one revenue stream for Playfish, but the company may also work directly with brands on sponsorship opportunities within its games. It's certainly an interesting time.

"Monetisation isn't a slam dunk," says Segerstrale. "Nobody's emerged as the thought leader on how to do this. But the exciting thing is that we're able to innovate in gameplay and business models, and we're also working at the sharp end of where the in-game advertising market is going. So far, we've only scratched the surface of what's possible."