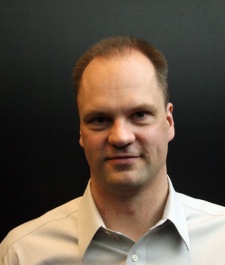 When EA Mobile spent most of its presentation at the Nokia Games Summit talking about how N-Gage needs to improve, it was tempting to wonder what the N-Gage team made of it.

Sure, the idea behind the Summit was open and honest industry discussion (with journalists present to write it up), but that open and honest? Really?

It's perhaps unsurprising that Jaakko Kaidesoja brings EA Mobile into the conversation before I get the chance to. Not with a knee-jerk defensive response (although he does respond to several of the publisher's points), but with the message that Nokia is going to be acting on the criticism.

"This is a complex thing we're setting up, and of course we as a company want to make the improvements," he says. "It's exactly that kind of dialogue that we've solicited at these forums, not necessarily in front of the press and to share with the world, but it has to be open within the industry."

So was EA Mobile right from start to finish? "Some of the comments they made came across in a pretty harsh way, but there is a seed of truth in all this," he says. "We are not surprised that these are issues we need to work on, and that's why we have our own development teams."

Some criticisms clearly stung more than others, though, such as EA's Peter Parmenter's claim that "it's easier to get an audience with the Pope than it is to get a game through certification with Nokia".

"People work in a different way," says Kaidesoja. "Some developers pass certification pretty fast, maybe because they don't try to raise the bar so high, or maybe they are faster, or maybe they just have more skillful engineers. I don't know."

In print, that looks like an aggressive response. In person, Kaidesoja was quick to point out that he wasn't accusing EA of having duff engineers.

"It's our platform, so I can't hide away saying these aren't our issues," he says. "That's not what I'm saying. But this is why we need to have this collecting thinking in the industry, so we can have these discussions."

Nokia has been talking lots about future mobile games in recent months, touting concepts like augmented reality and location-based gaming. Is there a danger that people within the industry may perceive these concepts getting more attention within Nokia than the meat'n'potatoes work of sorting out the issues cited by EA Mobile?

"Not really, because we have different teams working on different things," says Kaidesoja. "Mark [Ollila]'s team in publishing is really focused on creating this new stuff, and there is a lead time involved, because you have to get these things into the SDK. But from that perspective there is a risk that you tend to put a lot of new stuff into the SDK, but don't fix your overall issues with the development platform. But then we have different teams for that. You need both sides, but it's important to make sure you don't overlook one of them."

Back to the positive elements. Nokia now has more than 400,000 registered N-Gage Arena users, and has started the process of selling handsets with the N-Gage client preloaded  the N96 is the first, to be followed soon by the N85 and then the N79. Meanwhile, a software refresh is embedding the client on older N-Gage devices too.

Nokia is also increasing the number of game demos preloaded on N-Gage handsets. The N85 will have up to 15 demos in some countries, for example. It's already having an impact: Tetris and World Series of Poker have shot to the top of the N-Gage sales charts in recent weeks.

"Those games are pre-installed on the N96, with a couple of others, so immediately we are seeing them climbing the chart, and we know we're talking about a different audience," he says. "We will be seeing which games are popular on the N85, and whether that is the same in Italy as in France or the UK. And then we will replicate that in the N96 refresh."

In the keynote speech at the Nokia Games Summit, Nokia's Tero Ojanpera outlined the company's strategy of releasing games across the spectrum, from hardcore to casual to connected and beyond. Kaidesoja says this means Nokia won't use the success of Tetris and WSOP to suddenly shift N-Gage to being a purely casual games platform.

More third-party games will also be coming in 2009  EA Mobile announced several new titles at the Summit. "So far, we've been slowly ramping up the games, purely related to getting the application onto the devices," he says. "It doesn't make sense to launch 50 titles now, as not all of them would succeed commercially. We want to time it right, so we're working with partners like EA, Glu and THQ to decide whether to push their titles now or hold them for the first quarter."

iPhone looms large over the conversation, as it has done for a few months. There are several clear differences between Apple's approach to its App Store, and Nokia's to N-Gage. That's all very well, but is there a danger that the App Store is getting talked up more within the industry? "iPhone has really detached itself from the current industry dynamics," says Kaidesoja.

N-Gage as the premium counterpart to iPhone is certainly an interesting concept  and something that Nokia could run with by stressing quality over quantity. He does respond to one of EA Mobile's other criticisms though  that they make twice the revenue from selling an iPhone game in Italy than from selling an N-Gage game at the same price.

"The companies who went there [iPhone] early made a lot of money, but the ones who came there now will face the challenges of having hundreds of games to battle against," he says. "If you look at what you earn now on our platform and with iPhone, yes, I think the comparison is clear. But if you look at the opportunity in the coming six months, that's where we need to prove we can create a sustainable ecosystem."

The point is made softly, but this is exactly the sort of argument Nokia needs to be making to counter the fervour (some, but not all of it misplaced) around the App Store. "If you look at outright revenue share per title, that's one way of looking at it, but you need to have the volumes as well. At the moment, of course, we are falling short in both ways to the iPhone, but this is a really healthy debate. iPhone has shaken the industry, and it's really helped."

One area Nokia could perhaps learn from the App Store is by opening up to a few more developers. There's a lot of rubbish on the App Store, but there are some real gems too  low-priced games from indie developers. Does Kaidesoja foresee N-Gage opening up a bit more to provide a way for those kinds of games to come to Nokia's platform too?

"We will open up for more developers over time, but it has to be sustainable," he says. "There's a limit to where you can go, for small developers. First, there is the learning curve to come into this environment, which can be done. But then the question is do you have the muscle to publish?"

Of course, Nokia is working with some innovative indie developers on firstparty titles  a more obvious way into N-Gage for these firms than self-publishing. "We're trying to use the innovative and creative minds in this industry, but not in a way that we would open the floodgates and let everybody come in," he says.

"That's a different business model and a different offering, and it's not what N-Gage stands for. But it can come to our other offerings within the company. We're doing a little bit of that with MOSH, but I won't get into the details now."

MOSH itself is a pretty controversial subject for game publishers, and was singled out during the EA Mobile presentation for its perceived status as a hive of piracy. That's a bit of a hornet's nest, isn't it?

"Yes, and we are making some changes to MOSH in a short time," says Kaidesoja. "They are still secret though, so I can't talk about it." Publishers will welcome swift action.

What is Nokia looking for from third-party N-Gage publishers? Kaidesoja expects some more ambitious N-Gage to launch in the next year, following the fairly cautious launch-window titles from the big publishers. In this, he's actually on the same wavelength as EA, which talked about its desire for more embedded deals to enable games that make more use of advanced handset features.

"We will take a few key partners and really do something extra," says Kaidesoja. "We'll say 'we have this device coming, these are the features, let's do something unique here'. You're talking to the guys like the EAs and the THQs  people who have the skills, the willingness and the muscle to do something like this."

However, he says Nokia is keen not to rush publishers into supporting advanced phone features until there are clear financial benefits for doing so, which comes into rolling out the platform to more handsets, and ironing out any SDK bugbears to cut the costs and hassle of N-Gage development.

Meanwhile, Nokia will continue with its first-party development programme, says Kaidesoja. "So far the feedback has been good, with some games being commercial successes like Creatures Of The Deep, and others like Reset Generation showing what kind of a difference we can make within the industry."

Has Reset Generation sold enough downloads though? It's not been in the charts much.

"No, it hasn't been in the charts because it's not so easy to approach as the more casual titles. I would say it's a harder sell, and of course the fact that the web part is free is not boosting sales. But we're thinking about how to replicate that one  about what makes sense without sacrificing the commercial experience. Reset is by far the most active game on N-Gage Arena."

Reply
jon jordan
love this line - "iPhone has really detached itself from the current industry dynamics"
Posted 11 years, 3 months ago