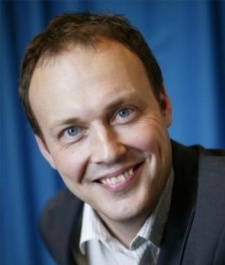 The Helsinki-based developer is one of a number of startups looking to find its feet in Finland, and the team will be hoping that the appointment of Soininen - who left his role at marketing firm Sunduka to join Small Giant - can help them make a mark.

Soininen has claimed the decision to join Small Giant was something of a no-brainer, as he was already on good terms with the core team.

"I'm very excited to join the Small Giant team as the CEO and look forward to working full-time with the team," explained Soininen.

"I have a long history of working together with some of the core team members already at Sulake, so I know a lot can be expected from this exceptionally talented and creative team."

Small Giant, which is about to celebrate its first anniversary, was set up in April 2013 by two fellow former Habbo Hotel executives - CEO Otto Nieminen and CTO Markus Halttunen - plus Ilkka Juopperi and Tommi Vallisto, both formally of design outfit IKON Graphics.

The firm raised $750,000 (around 547,000) in funding back in September, with the funds going directly into the development of the studio's first and yet-to-be-announced project.

"We are happy to get Timo onboard the Small Giant Team as the CEO," said Nieminen of the appointment.

"Timo's long experience in the gaming space and leading a growth company is a perfect fit to our team."