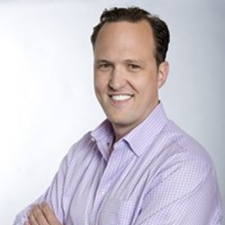 On the back of another bad set of financials, and with little hope of change in the foreseeable future, Zynga has been further shuffling its executive pack.

The headline news is that founding CEO Mark Pincus has been shunted from his position as chief product officer to the ceremonial role of chairman of the board of directors.

It's a remarkable turnaround for the man who took Zynga public 15 months ago, but one that demonstrates his failure to transition the company away from Facebook and to mobile, the terrible performance of its share price, and the power of new CEO Don Mattrick.

There are plenty of new faces in the Zynga executive line-up, however.

Relic Entertainment founder and CEO Alex Garden, who's also worked at Nexon and previously was GM for Xbox Live at Microsoft, takes the position of president of Zynga Studios.

With the exception of new acquisition NaturalMotion, all Zynga's studios will now report to Garden.

"F**k scale": Mark Pincus explains why a focus on product was integral to Zynga's endurance