Back into startup mode 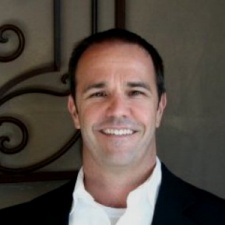 After four years of working for Disney Mobile, following the acquisition of Tapulous in 2010, business development executive Tim O’Brien has moved to Scopely.

He takes up the role of chief revenue officer at the US outfit, which avoid the term ‘publisher’, preferring "next-generation mobile entertainment network", despite providing many publishing services.

“I joined Scopely because I wanted to be a part of an organization where I could have an impact on day one,” O’Brien commented in a blog post.

“I had been at Disney for four years and I was growing eager to jump back into a company where I could truly help build a business that would be consequential in the long term.

“After meeting the team and experiencing the culture of the company, I felt there was no better place than Scopely to return to a startup.”

Along with other ‘non-publishing publishers’ such as Tilting Point, Scopely works with developers to tune their free-to-play mobile games and provides also expertise in terms of user acquisition, marketing and promotions.

As CEO Walter Driver told PocketGamer.biz in a recent interview, such is the level of demand for such sevices, it’s now talking to “more experienced and better financed development teams” which don’t want to self-publish their games, but want to work with an experienced publishing partner.