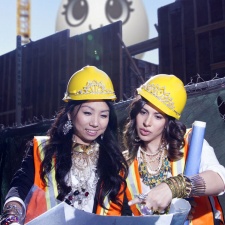 Mobile entertainment developer Nix Hydra has announced a $5 million Series A funding round.

The round takes the Los Angeles-based outfit's total funding to more than $5.6 million.

It was founded in 2012 by Lina Chen and Naomi Ladizinsky, who previously worked at EA, Capcom and THQ, and describes itself as having a "predominately female fan base".

In conjunction with these goals, it is currently hiring.