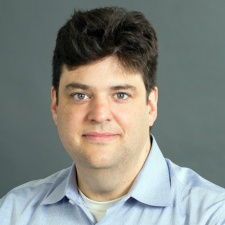 Ambitious, successful, ripe for IPO... However you want to label F2P publisher Kabam, the company is continually in expansion mode.

Its most recent move sees EA Mobile executive Aaron Loeb taking up the reins as its VP, North American Studios.

This means Loeb, who previously was GM of EA's Generation Studio (overseeing The Simpsons: Tapped Out and Monopoly Slots), is now running Kabam's studios in San Francisco (Dark District) and Vancouver (Fast & Furious 6).

That's a total headcount of 400 staff.

Prior to EA, Loeb was CEO of much-loved LA studio Planet Moon, and if that's not impressive enough, he's also an award-winning playwright.

"Aaron Loeb is a triple-A talent who will push our first-party games to new heights," said Kabam CEO Kevin Chou.

"He is a pillar in the games world who helped build the robust and growing industry as we know it today."