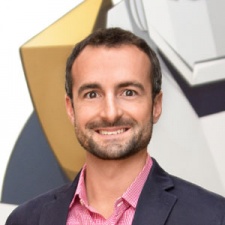 Based in Berlin, with an office in Hamburg, Crobo SF will be run by head of US operations Karsten Bubinger, who relocates from Berlin, and senior sales executive Michael Duning (pictured), who joins from Nextpoint.

Crobo expects to have expanded the office to 10 staff by mid-2015.

Already working with US companies such as Kabam, EA and Zynga, Crobo says it has more than 300 advertisers, 1,800 distribution partners and has run 1,500 campaigns in 170 countries.

"Our drive for further internationalization and thus, the opening of Crobo's first North American office, is an integral part of our roadmap for 2014," commented CEO Matthias Lesch.

"For the start we have found a team that not only is familiar with Crobo's processes and values, but also comes equipped with Michael Duning's extensive network of Bay Area contacts."

Crobo expanding into USA and Asia through $5.75 million investment