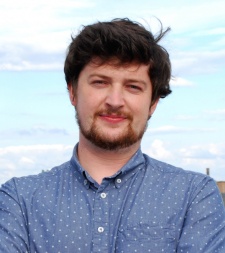 Kinniburgh will step into the role of product and monetisation director, drawing on his experience to help make Ayopa's upcoming title, Flowerpop Adventures, a hit.

Indeed, Kinniburgh is no stranger to success, having previously worked on titles such as Jelly Splash.

Ayopa's new kid on the block also helped sign and create award-winning franchises during his time at Chillingo, working alongside the likes of Rovio, Zeptolab, 11 bit, and Mokus Games.

Speaking out about his move, Kinniburgh has revealed he's excited, rather than intimidated, by the challenges ahead.

"I want to work with talented game studios and developers from all over the world to help to make their game the greatest success it can be on the app stores," explained Kinniburgh via Linkedin.

We'll find out if he rises to the challenge when Flowerpop Adventures launches on 11 September.