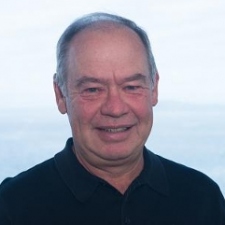 Big Fish Games has appointed Robert Chamberlain as its new CFO, with the casual game developer bringing in its new man from EA's PopCap Games, creators of the Plants vs. Zombies franchise.

Chamberlain will replace David Stephenson, who joined Big Fish in 2011 after spending 11 years with Amazon.

After Stephenson left to rejoin Amazon, which recently made headlines with its acquisition of Twitch, Big Fish's chief executive, Paul Thelen, made filling the position a top priority.

Nothing to see here

“There is no immediate interpretation.We’re doing very well. We announced our results last year, and we continue to be profitable and grow," explained Thelen, speaking to GamesBeat.

"We were aware of Bob when he was at PopCap. We interviewed people for six months. We reached out to him, and he was a really good fit.

"We were looking for a cultural fit for the company. It wasn’t like we were desperate for financial leadership. As we get to the maturity and scale where we are, you need the right processes in place."

Chamberlain revealed that it was the 'great culture' surrounding Big Fish that convinced him to leave PopCap and explore pastures new.

“When I was approached about this opportunity, I was very excited. As I got to know the people here, it’s a great culture," said Chamberlain.

"Big Fish is growing, and it is profitable. As long as we grow revenue and profit, we control our destiny and have a lot of options.

"It’s the law of big numbers. The bigger you get, the harder it is to grow at the same rate. There are great things in the pipeline. It’s a very exciting future."