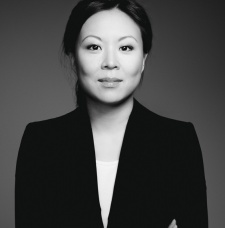 Trautbeck-Kim will step into the shoes of Sebastian Kopp, who left the company in September 2014.

She previously served as consultant at The Boston Consulting Group and most recently as head of finance, legal and operations for Blacklane.

Trautbeck-Kim has revealed she was attracted to the German outfit because of its impressive managment, and unique culture.

"I am very impressed by the management and investors, the great culture and team spirit at Wooga and I simply love the product," Trautbeck-Kim said in a statement.

Wooga CEO Jen's Begemann has described his new colleague as the perfect fit.

"Trautbeck-Kim's start-up experience combined with her background in finance and law makes her perfectly suited for the role. She will be a great addition to the Wooga management team."