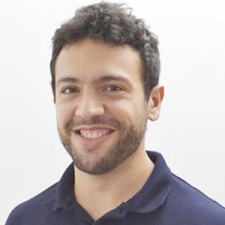 Jahara, who previously worked as RevMob's chief marketing officer, has been tasked with leading a renewed focus on best-in-class technology, for the company which claims 10,000 publisher partnerships - including the likes of Kabam, Pocket Gems, DeNA and Storm8.

The new CEO will also attempt to enhance software functionalities, upgrade servers, and strengthen the firm's customer service and support.

Speaking about his new role, Jahara explained that he wants to tap into RevMob's "developer DNA".

"RevMob is a company founded by a developer, and we want to maintain this developer side in our DNA," he said.

"We believed that only with a team of extraordinary people could we develop cutting-edge technology that would significantly increase our value to the market.

"These major investments allow us to continue to deliver even higher eCPMs, highly responsive service and support, and exceptional results for publishers and developers around the world. Stay tuned, there are more good things to come."