Co-founder to continue as executive VP 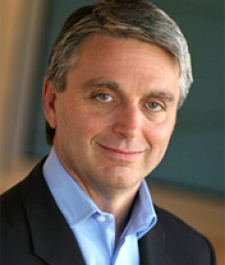 Ever popular development engine Unity has announced CEO and co-founder David Helgason is to step down to make way for former EA CEO John Riccitiello.

According to details released by the company, Helgason is to stay on board at Unity serving as executive VP in charge of strategy and communications, with Riccitiello – who left EA in 2013 after two runs at the publisher – stepping up to take his place.

“Unity has been a hugely positive force in the games industry for years,” said Riccitiello of his appointment.

“Now it’s my incredible fortune to have the opportunity to help guide Unity going forward. Unity is more than a great engine or packages of services, it’s an amazing and diverse community of developers, many of which are changing the way we think about game design and production.

“Unity’s mission - to democratise development - is an important one that I’m very happy to help drive forward.”

The company has recently been forced to dismiss claims it was looking to sell up, with CTO Joachim Ante taking to Unity's forums to confirm it has “no plans” to be acquired.

I’m incredibly happy that John has agreed to lend his formidable experience to the role of CEO at Unity.

Commentators have since raised the possibility of the company floating on the stock exchange instead – with the appointment or Riccitiello only likely to add fuel to that particular fire - though no official statement has been made.

For Helgason's part, he said Riccitiello's appointment points the way to an “excellent future” for the company.

“Our mission is an important one, so I’m incredibly happy that John has agreed to lend his formidable experience to the role of CEO at Unity,” added Helgason.

“We’ve had the chance to work together over the last year-and-a-bit and come to recognise how similar our views are on the importance of the democratisation of development to a thriving developer ecosystem and healthy games industry. We’re in great hands.”