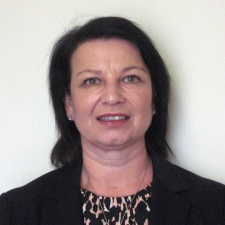 Richards-Stewart has plenty of experience in the industry, having previously worked as joint CEO of Gremlin Group: a role which saw her ultimately preside over its sale to Atari in 1999.

She has also gained recognition for her work as the chair of the Paddington Academy board of governors, as well as her efforts in the mobile marketing space.

Throughout her career Richards-Stewart has been an outspoken supporter of women in the industry, encouraging them to maximise their potential and offering support.

She hopes her position at Women in Games Jobs - which works to recruit more women into the games industry and support those already in the industry - can help her continue to promote equality and find new talent.

“I have attended several WIGJ events and fully support their aims and aspirations," explained Richards-Stewart.

"I feel that there is need for an organisation within the games industry which promotes equality and encourages new talent to join this exciting industry.

"I think WIGJ has done some great work in this arena and has the potential to become even more influential. I want to take WIGJ forward to the next stage by developing closer ties with key organisations and raising its profile in the games industry.”

There will be the opportunity to meet Jenny at the next WIGJ London Meetup on Wednesday 12 November.