Brighton studio up and running 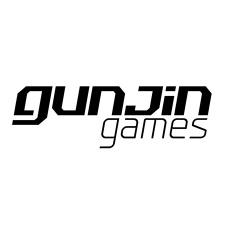 Legendary co-founder of Psygnosis and investor in UK games industry

A specialist games industry consultant with over 17 years’ experience including 8 years as a financial analyst assessing games companies and the global games market. This has provided extensive and unique insight into the business of games development, publishing, distribution and monetisation for all types of games on console and handheld, mobile and MMOG, social network and all types of online gaming.

Brighton startup Gunjin Games has announced a seed funding round, which also sees a trio of industry entrepreneurs joining the company.

Nick and Rick Gibson from Games Investor Consulting have invested with Nick taking a commercial and financial role in the company alongside Gunjin's studio head Nick Baynes.

Psygnosis co-founder Ian Hetherington, who is also involved with Evolution Studios and Midoki, has invested too and will be Gunjin's chairman.

Fun at the seaside

Following this initial investment, it's now actively looking for staff as it ramps up production on its first unannounced and original title for mobile and tablets.

Indeed, it's already posted a programming job on the PocketGamer.biz jobs board.

Gunjin Games on the look out for C#/C++ programmer