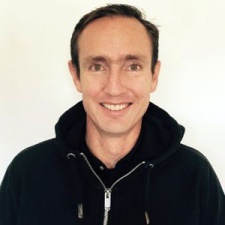 The developer has secured the former VP of mobile at 20th Century Fox, Matt McMahon (pictured), to join the team as VP of business development.

The role of head of product, meanwhile, has gone to Mikko Mikko Häkkinen who was previously head of studio at Rovio.

Having produced top grossing mobile hits for brands like Family Guy, Ice Age, Avatar, and The Simpsons, McMahon will now be responsible for Seriously’s strategic distribution and animation partnerships.

While McMahon will be working out of the company’s Los Angeles office, Häkkinen will be based in Helsinki with Seriously’s development team.

He’s been charged with the task of creating the second game in the popular Best Fiends trilogy – a job that will surely build on his experiences producing Angry Birds Space and Angry Birds Star Wars.

Other areas at Seriously have also been bolstered with new hires from companies like Supercell, including operations, game design and programming.

These hires are the latest milestone on a road to success that Seriously has blitzed along.

Since the company’s first mobile game, Best Fiends, was released in October 2014, it has enjoyed more than 5 million downloads with its 900,000 daily users clocking in over 300,000 hours play time every day.

“We have some incredibly exciting plans for 2015 and are working hard to build on the momentum from the launch of our first property Best Fiends late last year,” said Seriously's chief executive officer Andrew Stalbow.

How Seriously built the Best Fiends' brand from scratch