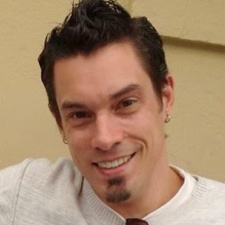 It’s a hire that means Ricchetti has upped sticks from where Glu Mobile is based in San Francisco, out to the Midwest where PerBlue is based in Madison, Wisconsin.

The 2,164 mile move is, according to Ricchetti, a symptom of the fact that game development is spreading across the US – beyond the venture capitalist hot pots of San Francisco, Seattle and New York.

Speaking to VentureBeat, Ricchetti said that running a talent-driven studio in somewhere like the Bay Area was fraught with issues such as poaching and rising development costs.

PerBlue as a studio has been a strong advocate for the Midwest technology and gaming scene since it was founded in 2008.

With lower running costs and a stable source of engineering talent from strong universities, the developer argues that it’s found a sustainable studio model away from the usual locales.

Richetti has worked with Glu in San Francisco for the past two years, and before that spent two years at Kabam. There, he rose from executive producer to vice president of mobile in just over 12 months.

They’re credentials that establish him as an experienced executive as he joins PerBlue.

After raising $3 million in funding in June 2014 the developer now employs 23 people.