Rovio loses its head - of games, that is 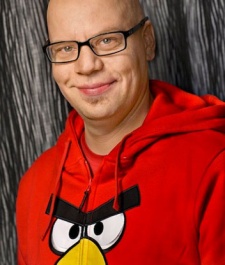 Jami Laes, head of games at Rovio, has become the latest in a series of employees handing in their resignation from the Finnish Angry Birds creator.

Having joined the company in March 2013, Laes was formerly responsible for the development of Angry Birds and its spin-off, Bad Piggies.

Now Reuters reports that he will be turning his hand to a brand new-start up, though details are thin on the ground.

Cryptically, Laes did take to social media to suggest big things are coming from his billowing sleeves.

He tweeted on Thursday that "Things are getting interesting every day," before posting on his LinkedIn that "Today is the first day of the rest of my life."

It's been a turbulent few months for Rovio, with December seeing 110 jobs cut and the closure of its Tampere studio.

Still, 2014 also saw it branch into new areas that included the launch of a new internal studio  LVL 11, which was dubbed "a kind of magical place," by Laes himself.

In recent years, a string of Helsinki developers have been set up by leaving Rovio executives, including Seriously, Helsinki Gameswork (bought by Next Games) and Next Games itself.

Clearly Rovio is going through a phase of adaptation and reshuffling, though that's not necessarilly a bad thing. Last summer former CEO Mikael Hed had announced plans to simplify Rovio into "three key businesses with the highest growth potential: games, media and consumer products."

We'll be keeping track of how that plan unfolds throughout 2015.