Keith Kawahata is levelling up 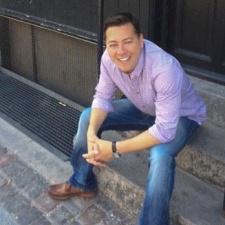 Previously with Aeria Games, and before that Sheppard's old stomping ground of Kabam, where he "led the rebirth of the Kingdoms of Camelot franchise" and was global VP of revenue, Kawahata takes ownership of the on-going development of GREE's firstparty games such as Modern War and Crime City out of its San Francisco studio, created by the 2012 acquisition of Funzio.

His responsibilities also include Knights & Dragons, which is co-developed by thirdparty Vancouver outfit IUGO, and GREE's future RPGs.

Officially his job title is Vice President and General Manager of Role-Playing Games, which reduces to the alphabet soup of VP GM RPG.

Certainly, we will be very disappointed if this isn't embossed on his business cards.

"Keith is a talented leader and passionate game developer. In his new role as VP and General Manager, Keith will help elevate the excellence of our existing games and lead development of our next generation mobile games," said Sheppard.

"His extensive experience in mobile and free-to-play positions him well to succeed as the leader of the RPG Studio."

GREE is looking for a director of engineering