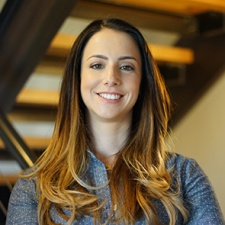 As Oculus VR inches ever-closer to putting a consumer product on shelves, the virtual reality company has bolstered its executive team with two new hires.

Based in Seattle alongside the ex-Valve engineer Atman Binstock, who is now Oculus' chief architect, she will be channeling her energies into building an ecosystem that rewards developers for creating VR experiences on Oculus.

“The ways in which VR can impact our lives is boundless, and I’m extremely excited to work with the world class team at Oculus to build the VR platforms and experiences that will shape the future of technology,” she said.

She joins Mary Lou Jepsen who joined earlier in the year and is described as “one of the top display innovators in the world,” and has joined Oculus to develop a new family of VR displays.

Prior to Oculus Jepsen was the brains behind Google X’s “moonshot” display project, and she also engineered the one Laptop Per Child $100 laptop.

“Virtual reality has been seen as a niche product for the wealthy,” she said in an Oculus blog post announcing both hires.

“Like One Laptop Per Child’s vision of computers for the poorest children, we imagine VR as an enabling technology, a platform for mass adoption, for women and men, adults and children, rich and poor, everywhere.”