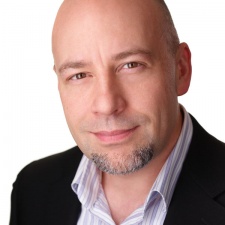 In an interesting twist of roles, former president of Epic Games, Mike Capps, has joined Unity as an internal advisor.

Of course, the juice in the news is that when it comes to middleware, Epic's Unreal Engine is a fierce rival of Unity3d.

That said, Capps' role at Epic was more on concerned with its game development than its tools business.

He also left Epic in 2013, so there's been a suitable period inbetween appointments.

Unity says Capps will spend " approximately one week per month on Unity", working with CEO John Riccitiello and liaising with the core R&D team.

"As I've spent time with John, Joachim, and other smart Unity folks, I've been so impressed with their excitement, optimism, and commitment to the democratization of game technology," says Capps.

"I see so much exciting potential, and opportunities where I might be able to help, that this role was a logical next step.

"I'll do my best to advise John and the leadership team to keep Unity's tools driving innovation and creative self-expression in ways we can't even imagine.