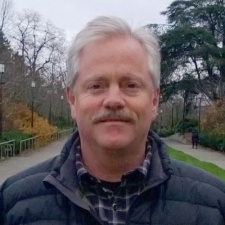 It seems to be the day for industry legends to sign up for new gigs.

So following the news that ex-Nintendo veteran Howard Phillips has joined GameDuell, the translator of many of Square's early US RPG - Ted Woolsey - also has a new role.

It's currently working on ambitious RPG Moonrise, which is out on Steam and will be published by Kabam on mobile.

Woolsey previously worked as a senior director of digital publishing for Microsoft.

"Ted played a huge role in getting State of Decay signed and into production, and his support for the game and the studio was critical to bringing it across the finish line.

"His passion for games and proven business track record will allow me to spend more of my time on development, while knowing the studio can scale to take on exciting new opportunities."