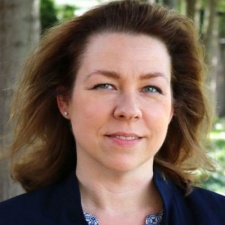 Following Frank Gibeau’s sudden departure in May, EA has appointed Samantha Ryan to head up its mobile division.

Ryan is a relatively recent addition to the company, having joined in March as the mobile division’s senior VP and group GM. In these roles she has worked on key titles including Plants Vs Zombies and a mobile version of The Sims.

Prior to EA, Ryan served for eight years as the president of Monolith Productions and stood at the helm though hits like F.E.A.R and the company’s acquisition by Warner Bros Interactive Entertainment (WBIE.)

Following the acquisition, Ryan moved to WBIE for another eight-year stretch, this time as senior VP of production and development. During her tenure Mortal Kombat, Batman: Arkam City and Lord of the Rings: Shadow of Mordor hit shelves.

Now Ryan has her sights set on keeping mobile a primary focus for EA, saying in a statement that "The power of mobile is that it not only changes how we make and play games, but it also expands our reach to entirely new types of players.”

Gibeau had been considered as a possible candidate to replace former CEO John Riccitiello after he left in 2013, but instead the chief executive title passed to EA Sports head Andrew Wilson.