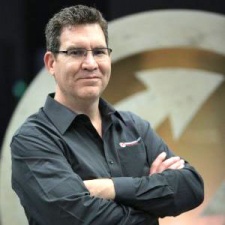 Wargaming, the publisher of World of Tanks, has announced that it has hired Keith Anderson as its new EU Director of Marketing and Communications.

Anderson began work at the firm's Paris offices in July, joining from the Guildford-based Lionhead Studios where he working on the UA campaign for Fable Legends.

Prior to that, Anderson spent 4 years as a senior marketing manager at Electronic Arts, preceded by a 10-year stint at Magic The Gathering developer Wizards of the Coast culminating in the title of marketing and business unit manager.

"Throughout my career I've been introducing new players to great games and awesome communities," said Anderson.

"It's a privilege to be joining Wargaming at a time when we're launching fantastic new games like World of Warships, while still growing one of the largest gaming communities in the world."