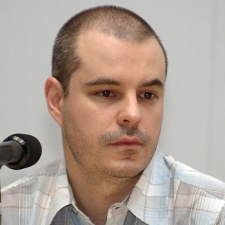 Hocking was brought on as a Senior Designer, following previous high profile roles as a Designer at Valve and as Creative Director for both LucasArts and Ubisoft.

Hocking and Swift joined when the gaming capabilities of the Amazon Fire TV system were being pushed, but its potential as a gaming device hasn't been fulfilled.

Indeed, in June, the news of the studio hiring for a PC game project suggested Amazon is taking a new approach to game development.

Motivations behind Hocking's departure, and indeed future employment for the designer, is still unknown.