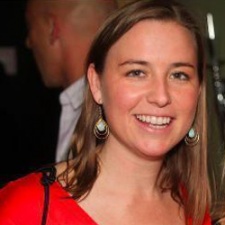 One of the doyens of F2P game development, San Francisco developer Pocket Gems is busy, thriving and hiring.

Thanks to recent investment from Tencent, it's targeting distinct audiences, with a clear demarcation between operations in core games, casual games', and those pertaining to the interactive story platform Episode.

To find out more about the culture at such a diverse studio, and the sort of candidates it is looking to recruit, we got in touch with the firm's VP of People and Brand Carrie Simonds.

Simonds plays a significant role in overseeing Pocket Gems recruitment, so her responses should be carefully considered by anyone thinking of applying.

PocketGamer.biz: Could you give us some background on Pocket Gems and what you do?

Carrie Simonds: Pocket Gems has been creating mobile games and entertainment for almost as long as mobile games have existed.

We started making in games in 2009 and have gone through some pretty incredible changes since then.

Are there any specific areas/disciplines you're currently hiring in?

As I mentioned, we’re really focused on developing for three audiences. In each of these areas we have different recruiting focuses, but all three are looking to bring on art directors.

First and foremost is our growing core focus.

Heralded by the launch of War Dragons, we’ve been completely re-thinking our development process to create games that appeal to more core players. These games are marked by things like synchronous multiplayer and beautiful 3D graphics.

Obviously, this requires some different skills than we’ve historically recruited.

We’ve been pulling talent from companies like CCP, EA, 2K, Activision and others. Roles that we’re specifically looking to hire for are art directors and engineering leads.

With Episode, our goal is to define storytelling for the modern mobile audience. This has presented a lot of interesting challenges involving user-generated content, different types of art and licensed IPs. Episode has a lot of highly-diverse art styles and we’re looking for creative director to help grow the platform.

We also still have a sizable team working on games for a more casual audience and need an art director for our wide-appeal games as well.

As you're overseeing recruitment at Pocket Gems, what do you look for in candidates?

As much as the company has grown over the years, one thing that’s always stayed the same is our high bar for talent. We have a pretty thorough process to ensure our candidates are a good fit for the role they are filling.

That being said, we don’t demand that candidates have a ton of game-building experience, just the toolbox to do so.

As most companies will tell you, culture fit is also hugely important. At Pocket Gems, this generally means someone who is collaborative, supports and mentors teammates and is comfortable with a certain amount of autonomy.

Oh, and they must be proficient in Magic, Super Smash Bros and Heroes of the Storm. Just kidding. Kind of.

Why do you think Pocket Gems is a good place to work?

I think if you’re interested in a career in games right now, there’s no better place for you to be than San Francisco. Walking down the street, you’re likely to overhear people talking about a game they’re making or the industry in general.

There’s just such an awesome pool of people here who are all working to advance the industry in their own way. You can throw a football out of our window and hit two or three other companies in the games space. Literally.

At Pocket Gems, we don’t feel like culture is really built by a bunch of happy hours or free t-shirts (although we have both in spades), but by meaningful collaboration.

We pride ourselves on having a flat work organization where anyone can get advice and help anyone else, be it intern or CEO.

If you have an idea that you want to make happen, we have about 200 experts who can help you and love a good challenge. That’s what makes Pocket Gems really special.

There are a number of things that hopeful game creators can do to set themselves apart. Really, doing anything that reflects a passion for games will help you tenfold.

Bite the bullet and go to networking events. Build your own game. Start a blog. Stay current on the industry. Tweet at people you admire. Comment on articles. Get your name out there!

For a full list of open positions at Pocket Gems, visit its jobs page.