A combined job history including Dreamworks, Disney, and Gameloft 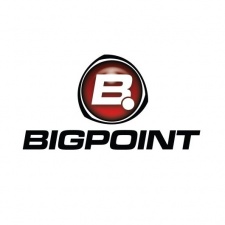 Bigpoint, the Hamburg-headquartered online and social game developer, is doubling down on its push towards mobile gaming with two high-profile new hires for its Lyon studio.

The Lyon studio was formed following Bigpoint's 2014 acqusition of the French independent mobile developer Little Worlds, and the growing team is currently working on 6 games for iOS and Android.

As part of the firm's onoing effort to position itself as a well-equipped and competitive mobile games studio, Ryan McDonald has been brought in as Senior Producer while Christophe Garnier joins as Lead Game Designer.

McDonald's background is in creative and project management, with previous stints at Dreamworks and Disney - serving as Producer of Where's My Mickey? at the latter.

Garnier's most recent role was Creative Director at Gameloft Valencia, but he has also held a number of high-ranking game design positions in a career spanning both mobile and console across almost two decades.

“We are delighted to welcome amazing international talents such as Ryan and Christophe to further grow our Lyon team,” said Khaled Helioui, CEO of Bigpoint.

“Ryan brings a unique creative perspective to production, built over his years at Dreamworks and Disney, which with the addition of Christophe will allow us to push the creative boundaries of what has been done on mobile so far and provide fresh and vibrant universes to our players.”

Bigpoint currently has vancancies at both its Lyon and Hamburg offices. You can check out all positions on its jobs page.