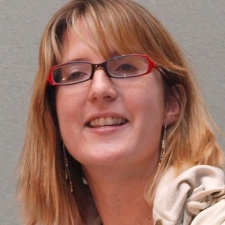 Kellee Santiago, co-founder of thatgamecompany and former Head of Developer Relations at Ouya, has announced via Twitter that she has joined the Google Play Games team.

Santiago is best known as an advocate for the artistic and esoteric side of game development, first with Journey studio thatgamecompany and latterly working with the niche Ouya development community.

Exact details of her new role at Google Play Games are yet to be divulged, but it has been effectively confirmed that hers will be a developer-facing position.

"So stoked to continue working with the awesome Android developers community."

Following shortly after this tweet was a photograph of Santiago with some of her former Ouya colleagues, now based at Razer's San Francisco office following the acquisition, with the caption "My last day."

"Will miss working alongside this amazing team!" she added.