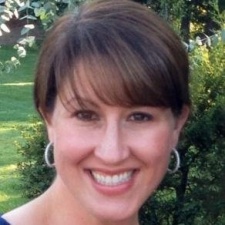 In a time of rapid growth, Los Angeles-based publishing firm Scopely has entrusted Jessica Neal with the task of overseeing recruitment and "redefin[ing] corporate culture" in her new role as Chief People Officer.

Neal has worked in senior roles at a number of companies, perhaps the most high-profile among these being her 8-year tenure as VP of Talent and Talent Acquisition at Netflix.

From movies to games

While there, she was responsible for building teams that would transform the company from the DVD mail-order service it once was to the near-ubiquitous movie streaming service we know today.

Our interview with Scopely's Senior Technical Recruiter Chris Kale revealed a company that puts people and company culture at the centre of its operation, and Neal's introductory blog post is no different.

"One of the main drivers in my decision to join Scopely was the people," she writes.

"Scopely has grown from four co-founders to over 140 people in just four years, and everyone I met had a desire to build a world-class company where the corporate culture is the strategy."

"The more time I spent with the team, the more I became convinced that this was the place for me," she goes on.

"I want to make an impact building out an innovative culture and ensure that Scopely has a solid foundation to scale and grow quickly."

You can read Neal's introductory blog in full here.